In just two months, a federal law kicks in requiring hospitals to tell their Medicare patients if they have not been formally admitted and why. But some physician, hospital and consumer representatives say a notice drafted by Medicare for hospitals to use may not do the job.

The law was a response to complaints from Medicare patients who were surprised to learn that although they had spent a few days in the hospital, they were there for observation and were not admitted. Observation patients are considered too sick to go home yet not sick enough to be admitted. They may pay higher charges than admitted patients and do not qualify for Medicare’s nursing home coverage.

The NOTICE Act requires that starting Aug. 6, Medicare patients receive a form written in “plain language” after 24 hours of observation care but no later than 36 hours. Under the law, it must explain the reason they have not been admitted and how that decision will affect Medicare’s payment for services and patients’ share of the costs. The information must also be provided verbally, and a doctor or hospital staff member must be available to answer questions.

And patients could have questions, said Brenda Cude, a National Association of Insurance Commissioners consumer representative and professor of consumer economics at the University of Georgia. She said the notice is written for a 12th-grade reading level, even though most consumer materials aim for no more than an eighth-grade level. It “assumes some health insurance knowledge that we are fairly certain most people don’t have.”

Medicare is soliciting feedback on the draft notice through Friday.

Medicare officials declined to comment while the draft form is under review. But they have expressed support for efforts to explain observation care.

“We are in complete agreement with the notion that the patient should certainly know their status and know it as early as possible,” Sean Cavanaugh, Medicare’s deputy administrator, told a Senate committee last year when asked about the notice legislation. “And we’ve been pushing very hard through educational channels, even providing sample materials that hospitals could use to educate their beneficiaries on what status they have.” 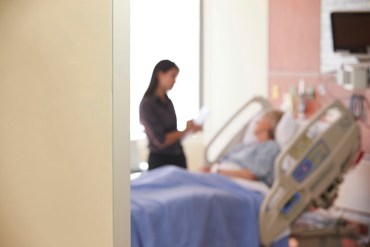 Many hospitals also support the effort. “It’s important for patients to understand their status in the hospital,” said Katie Tenoever, senior vice president and general counsel for the Federation of American Hospitals.

But the form does not meet the expectations of Rep. Lloyd Doggett, D-Texas, who co-sponsored the law.

“I am concerned that the proposed notice fulfills neither the spirit nor the letter of the law,” Doggett said in an interview.

It doesn’t require the hospital to explain exactly why the patient is getting observation care instead of being admitted, he said, and doesn’t clearly explain the difference between Medicare’s Part A hospitalization and nursing home benefit and Part B, which covers outpatient services, including doctor’s visits, lab tests and hospital observation care.

The notice, he said, also does not sufficiently explain why observation patients are ineligible for Medicare’s nursing home coverage, which under law requires at least three consecutive days as an admitted patient.


The draft notice also has raised some concerns among doctors. It says that observation care is provided in order to help the doctor decide whether the patient is sick enough to be admitted. But Dr. Jay Kaplan, vice chairman for emergency services at Ochsner Health System in New Orleans and president of the American College of Emergency Physicians, said it should explain that the doctor’s decision is not always final. Hospital officials also can decide that patients don’t meet the admission criteria and should get observation care. If Medicare auditors find that hospitals erred by admitting patients who should have been in observation, Medicare pays nothing for their care.

The number of Medicare observation patients rose to almost 2 million in 2014, 5 percent more than 2013, according to government statistics.

The notice’s information on drug coverage has also raised concerns. It reads, “Generally, prescription and over-the-counter drugs, including ‘self-administered drugs,’ given to you by the hospital in an outpatient setting (like an emergency department) aren’t covered by Part B.”

Those “self-administered drugs,” usually taken at home for chronic health conditions like high cholesterol, are generally covered by the patient’s separate Medicare Part D drug plan but the coverage often doesn’t apply inside the hospital. Most hospital pharmacies do not participate as in-network pharmacies with Part D plans, said Marina Renneke, a Humana spokeswoman.

However, that section “was really quite confusing,” said Kaplan. Medications given to treat the illness that brought patients to the hospitals are covered under Part B, he said.

Still, her association has raised some questions about how to carry out the federal requirement in a letter to Medicare.

For example, although the federal law requires notice to observation patients after 24 hours and before 36 hours, several states tell hospitals to provide a notice when observation care begins and it may include different details. Should patients get two notices?

Then there’s the matter of timing. The final notice is expected shortly before hospitals must start giving it to patients. AHA is asking for an additional six months to get ready.