While the Obama administration is stepping up efforts encouraging uninsured Americans to enroll in health coverage from the new online insurance marketplaces, officials are planning a campaign to convince millions of seniors to please stay away – don’t call and don’t sign up.

“We want to reassure Medicare beneficiaries that they are already covered, their benefits are not changing and the marketplace doesn’t require them to do anything,” said Michele Patrick, Medicare’s deputy director for communications. 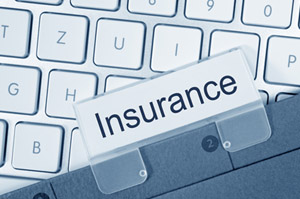 To reinforce the message, she said the 2014 “Medicare & You” handbook – the 100-plus-page guide that will be sent to 52 million Medicare beneficiaries next month — contains a prominent- notice: “The Health Insurance Marketplace, a key part of the Affordable Care Act, will take effect in 2014. It’s a new way for individuals, families, and employees of small businesses to get health insurance. Medicare isn’t part of the Marketplace.”

Still, it can be easy to get the wrong impression.

“You hear programs on the radio about the health care law and they never talk about seniors and what we are supposed to do,” said Barbara Bonner, 72, of Reston, Va. “Do we have to go sign up like they’re saying everyone else has to? Does the new law apply to us seniors at all and if so, how?”

Enrollment in health plans offered on the marketplaces, also called exchanges, begins Oct. 1 and runs for six months. Meanwhile, the two-month sign-up period for private health plans for millions of Medicare beneficiaries begins Oct. 15. In that time, seniors can shop for a private health plan known as Medicare Advantage, pick a drug insurance policy or buy a supplemental Medigap plan. And in nearly two dozen states, some Medicare beneficiaries who also qualify for Medicaid may be choosing private managed care plans. None of these four kinds of coverage will be offered in the health law’s marketplaces.

Since many of the same insurance companies offering coverage for seniors will also sell and advertise policies in the marketplaces, seniors may have a hard time figuring out which options are for them.

“Over the next six months seniors will be bombarded with information and a lot of it will be conflicting and confusing,” said Nick Quealy-Gainer, Medicare task force coordinator for Champaign County Health Care Consumers, an Illinois advocacy group.

“Every time there is publicity about the marketplaces, our calls spike,” said Leta Blank, director for the Montgomery County, Md., State Health Insurance Assistance Program.

While Medicare officials steer seniors away from the marketplaces, there is nothing in the health law that prevents beneficiaries from signing up for markertplace plans, said Juliette Cubanski, of the Kaiser Family Foundation. If they do, they will not qualify for premium tax credits for the marketplace plans. (Kaiser Health News is an editorially independent program of the foundation.)

These plans may appeal to wealthy seniors – about 5 percent of Medicare beneficiaries — who pay higher premiums for Medicare based on their income and assets, said Cubanski. But for the vast majority of seniors, she said, Medicare’s benefit package is better and more affordable compared to marketplace coverage.

In Denver, AARP officials received complaints from seniors who were told they would lose their Medicare coverage if they did not divulge their Social Security numbers and other confidential information needed for their new “national health insurance card” under the Affordable Care Act. The Federal Trade Commission issued an alert about such scams in March.

“One of the things we are paying special attention to is fraud prevention messages,” said Medicare’s Patrick. Seniors can be particularly vulnerable to scams “but with all of the changes in the health care landscape, we may need to be even more careful this year.”

Some Questions From Seniors About Medicare And The Health Marketplaces

— Will I lose Medicare coverage? No.

— Will seniors in Medicare have to buy supplemental insurance? No.

— Will they be fined if they don’t buy coverage in the health marketplaces? No, as long as seniors have Medicare Part A, which is free and covers hospitals, nursing homes and hospice — already have insurance, so they are not subject to the penalty that most uninsured adults under 65 will have to pay.

No Shopping Zone: Medicare Is Not Part Of New Insurance Marketplaces