This story is produced in collaboration with

After years of gently prodding hospitals to make sure discharged patients do not need to return, the federal government is now using its financial muscle to discourage readmissions.

Medicare last month began levying financial penalties against 2,217 hospitals it says have had too many readmissions. Of those hospitals, 307 will receive the maximum punishment, a 1 percent reduction in Medicare’s regular payments for every patient over the next year, federal records show. 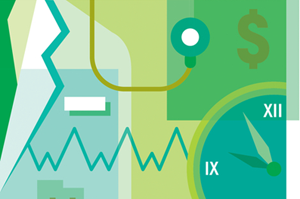 One of those is Barnes-Jewish Hospital in St. Louis, which will lose $2 million this year. Dr. John Lynch, the chief medical officer, said Barnes-Jewish could absorb that loss this year, but “over time, if the penalties accumulate, it will probably take resources away from other key patient programs.”

The crackdown on readmissions is at the vanguard of the Affordable Care Act’s effort to eliminate unnecessary care and curb Medicare’s growing spending, which reached $556 billion this year. Hospital inpatient costs make up a quarter of that spending and are projected to grow by more than 4 percent annually in coming years, according to the Congressional Budget Office.

The readmission penalties will recoup about $300 million this year. But the goal is to pressure hospitals to pay attention to what happens to their patients after they walk out the door. The penalties have captured the attention of hospitals, and many are trying to improve their supervision of discharged patients’ recoveries.

“I’ve been doing this for over two decades and talking to hospital leaders about readmissions, and I used to get polite but blank stares,” said Dr. Eric Coleman, a professor at the University of Colorado Anschutz Medical Campus  who has devised widely adopted methods to reduce hospitalizations. “Now they’re paying attention.”

With nearly one in five Medicare patients returning to the hospital within a month — about two million people a year — readmissions cost the government more than $17 billion annually.

Hospitals’ historic reluctance to tackle readmissions is rooted in Medicare’s payment system. Medicare generally pays hospitals a set fee for a patient’s stay, so the shorter the visit, the more revenue a hospital can keep. Hospitals also get paid when patients return. Until the new penalties kicked in, hospitals had no incentive to make sure patients didn’t wind up coming back. The maximum penalty is set to double next October and then reach 3 percent of reimbursements in October 2015. Medicare also is expanding the list of conditions it will assess in setting punishments.

Right now it only evaluates readmissions of heart attack, heart failure and pneumonia patients, counting every rebound, even ones not related to the original reason for hospitalization. The penalties are based on readmission rates in the past and applied to future payments for all Medicare patients.

Researchers say that while some readmissions are unavoidable, many are caused by the short shrift hospitals have given patients on their way out.

Jonathan Blum, principal deputy administrator for the Centers for Medicare and Medicaid Services, said the penalties had helped galvanize hospitals’ efforts to avoid readmissions. “We’ve seen a small but significant reduction,” he said. “That tells me we’ve focused the industry on improvement.”

Medicare’s tough love is not going over well everywhere. Academic medical centers are complaining that the penalties do not take into account the extra challenges posed by extremely sick and low-income patients. For these people, getting medicine and follow-up care can be a struggle.

At Barnes-Jewish Hospital, Dr. Lynch said physicians from all over the Midwest referred their sickest heart patients to his facility for transplants and other major interventions. But those patients can skew his hospital’s readmissions numbers, he said: “The weaker your heart, the more advanced your emphysema, the more likely you are to be readmitted to the hospital.”

Dr. Lynch said Barnes-Jewish does set up follow-up appointments for patients who did not have their own doctors to see. But about half of the patients never showed up, he said, even after the hospital made reminder phone calls and arranged for free rides. Sending nurses to visit patients at home did not significantly reduce readmission rates either, he said.

“Many of us have been working on this for other reasons than a penalty for many years, and we’ve found it’s very hard to move,” Dr. Lynch said. He said the penalties were unfair to hospitals with the double burden of caring for very sick and very poor patients. “For us, it’s not a readmissions penalty,” he said. “It’s a mission penalty.”

Various studies, including one commissioned by Medicare, have found that the hospitals with the most poor and African-American patients tended to have higher readmission rates than hospitals with more affluent and Caucasian patients. But the studies also determined that some safety-net hospitals performed better than average, showing that hospitals can overcome the challenges posed by the kinds of patients they treat.

In some ways, the debate parallels the one on education — specifically, whether educators should be held accountable for lower rates of progress among children from poor families.

“Just blaming the patients or saying ‘it’s destiny’ or ‘we can’t do any better’ is a premature conclusion and is likely to be wrong,” said Dr. Harlan Krumholz, director of the Center for Outcomes Research and Evaluation at Yale-New Haven Hospital, which prepared the study for Medicare. “I’ve got to believe we can do much, much better.”

Some researchers fear the Medicare penalties are so steep, they will distract hospitals from other pressing issues, like reducing infections and surgical mistakes and ensuring patients’ needs are met promptly. “It should not be our top priority,” said Dr. Ashish Jha, a professor at the Harvard School of Public Health who has studied readmissions. “If you think of all the things in the Affordable Care Act, this is the one that has the biggest penalties, and that’s just crazy.”

With pressure to avert readmissions rising, some hospitals have been suspected of sending patients home within 24 hours, so they can bill for the services but not have the stay counted as an admission. But most hospitals are scrambling to reduce the number of repeat patients, with mixed success.

A few days after Eda Laurion,  was discharged from the Banner Del E. Webb Medical Center near Phoenix after treatment for her congestive heart failure in August, a nurse showed up at her house.

“She helped explained the medicines I’m taking, the side effects, what they do for you,” said Ms. Laurion, 91, of Sun City West.

Still, readmissions can’t always be prevented. The nurse, Sue Koner, sent Ms. Laurion back to the hospital after two weeks for dangerously low sodium caused by an undiagnosed kidney problem. However, Ms. Laurion avoided re-hospitalization in October when Ms. Koner deduced that her hallucinations were a reaction to an antibiotic.

Overseeing former patients is expensive and time-consuming, so many hospitals are relying on financing from community health organizations and foundations. Ms. Koner works for Sun Health, a foundation-supported nonprofit. Since Sun Health started its program in November 2011, only nine of 213 patients have been readmitted.

Dr. Krumholz said hospitals should think of readmissions as a challenge to overcome. “One day, we’ll look back,” he said, “and we’ll be incredulous that one out of every five patients ended up back in the hospital.”