Medicare officials are trying a novel approach during this open enrollment season to gently nudge a half million beneficiaries out of 26 private drug and medical plans that have performed poorly over the past three years. 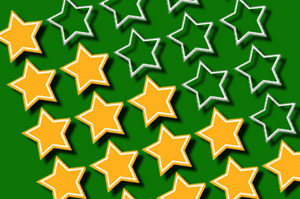 It begins with letters informing seniors they are enrolled in a plan that received low ratings.

“We encourage you to compare this plan to other options in your area and decide if it is still the right choice for you,” the letter from Medicare urges. About 375,000 members of Medicare Advantage plans received the letters, along with 150,000 drug plan members in 48 states, the District of Columba and Puerto Rico, including California, Florida, Illinois, New Jersey, Ohio and Texas.

The effort marks the first time that Medicare officials have tried to steer beneficiaries away from some private drug and medical plans, while still allowing them to operate. Officials have also warned the plans that they may be cancelled in the future.

Instead of a typical government form letter, each one was addressed to the individual member by name and tells the beneficiary that her plan “has been rated ‘poor’ or ‘below average'”  because it earned less than three stars under Medicare’s five-star rating system for three consecutive years.

Yet that may not be enough to catch their attention.

“Some people don’t change no matter how many letters you send them,” says Leta Blank, program director for the Montgomery County, Md., Senior Health Insurance Assistance Program, which helps seniors evaluate their coverage options. There are dozens of plans on sale in most counties.  Even if a different plan is cheaper, studies have shown few seniors change plans. “They are paralyzed. It’s a very difficult issue,” Blank says.

For many beneficiaries, plan ratings are not as important as price, any restrictions on drugs, such as special authorizations needed or requirements to try a substitute drug first, and in the case of a medical plan, whether their doctors participate, she said.

In addition to the letters, Medicare is making it harder for people to sign up for one of the 26 plans. If they search for plans on Medicare’s plan finder website, they can access and join other, better performing plans electronically but to join one of the 26, they must contact that insurance company directly. Those plans also have a special warning symbol next to their names to highlight their low ratings.

And the government will continue to prod even after the usual enrollment period ends Dec. 7.

Seniors who do pick plans with poor track records will have one chance to switch next year into a better plan (earning three or more stars). And Medicare officials are considering sending a reminder in the mail in February. Most of the roughly 13.3 million Medicare Advantage members and about 19 million drug plan enrollees are locked in to their plans for a year.

“We want to make it easy for beneficiaries to find and select the highest quality plans, and discourage people from staying in chronically low-performing plans,” said Isabella Leung, a Medicare spokeswoman.

But if beneficiaries insist on staying in a low-rated plan, they eventually could be forced out.  The notices do not explain that the plans may be in serious trouble.  In April, the Centers for Medicare and Medicaid Services, which oversees Medicare, warned insurers that plans rating less than three stars over three years “have ignored their obligation to meet program requirements and [are] substantially out of compliance with their Medicare contracts over a period of time.”

Such plans can expect greater scrutiny, the letter continues, beginning with notices to beneficiaries alerting them to their plans’ low ratings. “They should also expect CMS to initiate action to terminate their contract” after CMS confirms that the consistently low scores reflect violations of Medicare rules. In October, CMS prohibited one of the 26 plans from enrolling new members.

Robert Zirkelbach, a spokesman for America’s Health Insurance Plans, an industry trade group, said the letter to beneficiaries is “premature” because the ratings system is flawed.  It is based on measures that do not sufficiently take into account, for example, plans serving a disproportionate number of beneficiaries with multiple chronic conditions or special needs, or who live in medically underserved areas.  “These are unique challenges to providing care to those populations,” he said.

“It’s important to make sure we get the measures right before we move on to these other steps,” he said.

Leslie Fried, director for policy and programs at the National Council on Aging, a Washington, D.C., advocacy group, said the letter didn’t have to mention potential plan terminations. “The letter tells people what they need to know about the quality of their plan and that they should consider changing to a higher performing plan,” she said.  “It’s an important first step.”

And if seniors ignore the warning, that’s their choice, she said.  “If people are satisfied with their plan and it is currently contracted with CMS, isn’t that a decision they should be allowed to make?”

Susan Jaffe can be reached at Jaffe.KHN@gmail.com

Medicare Trying To Nudge Seniors Out Of Plans With Low Ratings