Monday is the start of the federal fiscal year, and with it begins Medicare’s biggest effort yet at paying for performance. 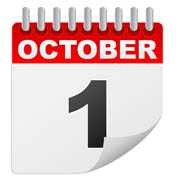 Starting Oct. 1, Medicare is withholding 1 percent of its regular hospital reimbursements in the new Value-Based Purchasing Program, which was created by the 2010 health care law. Over the course of the year, money will be returned to some hospitals based on how well they follow clinical guidelines for basic care and how they fare in patient satisfaction surveys. Some hospitals will get back some of the money that was held back, others will break even and some will end up getting extra.

Medicare estimates about $850 million will be reallocated among hospitals under the program. The amount will increase in future years and Medicare will add in new measures of quality to the list of measures in place in the program’s first year. Medicare has yet to release specific figures for how much each hospital will be getting back.

Seventy percent of the ratings are based on “process” measures that show how frequently hospitals performed recommended protocols. They are:

The other 30 percent of a hospital’s value-based purchasing payment will be based on how it scored on random surveys of patients taken after they were discharged. Those patient experience surveys addressed:

Also on Monday, Medicare is applying a separate penalty to 2,211 hospitals with higher than expected readmission rates. Hospitals with the highest rates for heart attack, heart failure and pneumonia patients will lose 1 percent of their regular reimbursements. The Readmissions Reduction Program also was established by the health care law. Medicare expects hospitals together with forfeit about $280 million this year. The maximum penalty grows to 2 percent next year and 3 percent in October 2015.

Kaiser Health News has published the 2013 readmission penalties for all hospitals in a downloadable PDF file. You can look up how a hospital scored on the various process of care and patient satisfaction measures on Medicare’s Hospital Compare website.