The nation’s insurance commissioners have some stern advice about proposals to shrink Medicare spending by asking seniors with supplemental Medigap policies to pay more out of pocket for their health care: Don’t do it.

The health law requires the National Association of Insurance Commissioners to advise the administration about whether seniors would use fewer Medicare services – and therefore, cost the government less money — if the most popular Medigap plans were less generous.

“Everything we’ve looked at has shown that increasing cost-sharing does stop people from seeking medical care,” said Bonnie Burns, training and policy specialist at California Health Advocates who serves on an NAIC committee that has studied the issue for more than a year. “The problem is they stop using both necessary and unnecessary care.” 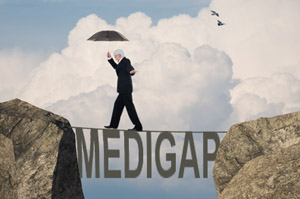 In a draft letter approved unanimously by NAIC’s Senior Issues Task Force and Health Insurance Committee last week, the commissioners warn that limiting Medigap could backfire and raise Medicare costs when seniors don’t receive the medical care they need. The letter, to Secretary of Health and Human Services Kathleen Sebelius, was approved during the association’s annual meeting near Washington, D.C.  The letter will be sent after a third committee is expected to approve it next week.

“Once.the letter has cleared the Senior Issues Task Force, it’s probably a done deal,” said Guenther Ruch, a former administrator of the Wisconsin insurance department who, until March, chaired the Medigap subgroup that prepared the letter.

About 9 million Medicare beneficiaries – or one out of five – bought a Medigap policy in 2010, to cover a portion of medical expenses not covered by Medicare. And two-thirds of them purchased the most comprehensive plans that offer “first dollar” coverage, which protects them from having to pay almost anything out of pocket, including copays and deductibles.

The Obama administration and congressional leaders are considering similar proposals  as part of their effort to avoid automatic spending cuts and tax increases as part of the “fiscal cliff” negotiations. The Congressional Budget Office has estimated that cost-sharing changes could save the Medicare program as much as $53 billion over 10 years.

Medigap policies are popular with seniors because Medicare does not cap out-of-pocket expenses. The policies are not cheap — the average premium nationwide was $178 a month in 2010 — but they protect subscribers from unexpected high medical bills, which is important to people on fixed incomes. The C and F Medigap plans cover nearly all of the out-of-pocket costs that beneficiaries would usually pay.  Two thirds of people who buy Medigap plans have incomes below $40,000 a year — about the same income levels for all Medicare beneficiaries.

“People are buying Medigap because they need the [medical] treatment, said Dotti Outland, director of regulatory affairs for UnitedHealthcare and a member of the Medigap subgroup.  “And they are paying something out of their pocket now, they are paying premiums.”

Advocates of increased cost-sharing point to studies showing that seniors with Medigap coverage tend to use more Medicare services than those without it, and they likely get unneeded care for which the government pays a large share.

The insurance commissioners were supposed to recommend specific cost-sharing changes for these Medigap plans with first-dollar coverage to reduce Medicare spending for unnecessary medical treatment and, as the law says, “encourage the use of appropriate physicians’ services.” The law requires their recommendations to be based on peer-reviewed studies or current successful managed care practices.

But after a year and a half of research and discussion, they came up empty handed.

“None of the studies provided a basis for the design of nominal cost sharing that would encourage the use of appropriate physicians’ services,” the letter says. “Many of the studies caution that added cost sharing would result in delayed treatments that could increase Medicare program costs later (e.g., increased expenditures for emergency room visits and hospitalizations) and result in adverse health outcomes for vulnerable populations (i.e., elderly, chronically ill and low-income).”

The letter acknowledges that Sebelius may disagree with the NAIC and seek cost-sharing changes regardless.  “If that is your decision, please know that the NAIC stands ready to continue its regulatory role in developing Medicare supplement standards.”

Nevada state insurance commissioner Scott Kipper, who chairs the Senior Issues Task Force, said the letter conveys “without any doubt that we want to continue to be the organization that HHS turns to on Medigap.”

An earlier version of the letter had rejected cost-sharing overall, but recommended $25 co-payments for advanced diagnostic imaging tests and $50 co-payments for scooters as a way to reduce fraudulent charges. But the group’s consumer representatives argued strongly against including that option. Three days before the Senior Issues Task Force vote, 15 national consumer and patient advocacy groups, along with eight NAIC consumer representatives, wrote Kipper urging that the co-pay recommendations be dropped.

“The Centers for Medicare and Medicaid Services has the ability, and obligation, to discourage improper use of these services by all Medicare beneficiaries, not only those who purchase Medigap plans,” they said, adding that increasing Medigap cost-sharing is the wrong tool for reducing Medicare spending.