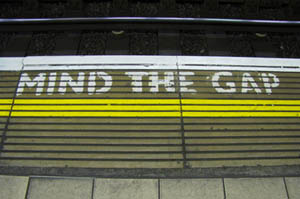 Traditional Medicare, the federal health program for the elderly and disabled, requires beneficiaries to pay hospital deductibles and a portion of the cost of tests and doctor visits.  To protect themselves from those out-of-pocket costs, about 17 percent of beneficiaries buy Medigap plans.   Another 34 percent get such coverage through a former employer.

But some health policy experts say such “first-dollar protection” drives up demand for Medicare services, costing the government money for what may be unnecessary care. One proposal would bar supplemental insurance from completely eliminating out-of-pocket costs  or charge enrollees a $530 a year extra if they want to keep such protection. That change could save up to $53 billion over 10 years, according to a chart used during the bipartisan talks led by Vice President Joe Biden.

What is Medigap and why do people buy it?

Unlike most job-based health insurance, traditional Medicare does not include “catastrophic” coverage, an annual maximum upper limit on the amount beneficiaries could pay. So enrollees can be liable for thousands of dollars each year, including: $1,132 per-episode deductible for hospital admissions; hundreds of dollars in daily charges for hospital stays of longer than 60 days; a $162-a-year deductible for doctor care, plus 20 percent of charges for office visits or equipment like wheelchairs.

Ten standardized types of supplemental plans offered by private insurers  including AARP’s UnitedHealthcare policies   cover all or most of such deductibles and copayments.  Some employers also pay all or part of such costs for their retirees.

What changes are under consideration?

It is not clear exactly what’s on the table in the negotiations between congressional leaders and the White House.  But the charts  released show that one such proposal under consideration would bar insurers from offering supplemental policies unless the policies came with an annual deductible. People who didn’t want a deductible could pay $530 a year in additional premium to ensure that they won’t be hit with costs before their coverage kicks in.

Is this a new idea?

No.  It is a subset of a larger discussion about spending on Medicare and other entitlements. In recent years, the National Commission on Fiscal Responsibility and Reform (The Bowles-Simpson Commission), the Debt Reduction Task Force, the Medicare Payment Advisory Commission and lawmakers, including Sen. Joe Lieberman, a Connecticut independent, and Sen. Tom Coburn, an Oklahoma Republican, have all suggested changing traditional Medicare.

Most of the ideas would create a single annual deductible  generally around $550  after which beneficiaries would pay about 20 percent of medical costs up to a maximum annual cap, ranging from around $5,000 to more than $7,500.

Would changing supplemental coverage save money?

Some economists and policy experts say that supplemental coverage insulates beneficiaries from medical costs, driving up demand for unnecessary care. A study done for MedPAC in 2009 found that beneficiaries with supplemental insurance used more care and cost the program more money. The increased spending wasn’t for emergency hospitalizations, but for other services such as elective hospital admissions, preventive care, doctor office visits and some types of tests.

Supporters of the insurance say it shields seniors from unpredictable costs and reduces big-ticket expenses by encouraging them to seek help for medical problems before they become severe.

What else do people say about the idea?

Advocacy groups like the Medicare Rights Center oppose restricting Medigap plans, saying it would simply shift more costs from the government to elderly and low-income people who can least afford it. “Some in government feel people in Medicare don’t have enough ‘skin in the game,'” says Ilene Stein, federal policy director for the center. In fact, she says, people on Medicare already pay 15 percent of their incomes for health care, well above the level paid by non-Medicare households. While the proposals would cap maximum annual spending per enrollee to $5,500 or $7,500, “that’s a lot of money for someone making $22,000,” the median household income for those on Medicare, she says.

Still, Joe Antos of the conservative American Enterprise Institute says many of those people already pay large premiums for Medigap coverage  and would likely see those premiums decline if “first-dollar” protections are barred. Antos and Jonathan Gruber, an economist at MIT and consultant to Democrats, both think that if Congress were to change supplemental coverage  or the traditional program itself  that lawmakers would create exemptions for lower-income beneficiaries.

How would the proposal affect a Medigap policy I already own?

Congress would have to decide whether to impose restrictions only on new policies or include existing coverage.

What about people who don’t have a Medigap plan?

Only about 10 percent of seniors don’t have some sort of supplemental coverage. Some people have military/VA benefits, others are in Medicaid, and some have coverage through Medicare Advantage plans, which are insurance policies offered by private insurers as an alternative to traditional Medicare.

What are the chances that these ideas will be adopted by lawmakers?

Because making any change that could be seen as a cut in Medicare benefits carries huge political risk, previous calls for changing the traditional Medicare program or limiting first-dollar coverage through supplemental insurance have not picked up support. But now, when failure to lift the debt ceiling could result in widespread economic problems, a middle-of-the night compromise between warring factions in Congress could put it back on the table.

“Normally, this would be dead on arrival. But this is such a dicey environment that these guys are going to cut some kind of deal at midnight either before or after Aug. 2 in such a hurry that they won’t be worried about the kinds of things people normally worry about when they cut senior benefits,” says Robert Laszewski, an Alexandria-Virginia-based consultant to the health care industry.

Antos is less sure. He says the potential savings of $53 billion over 10 years would be just a tiny slice of any deficit-reduction deal and might not be worth the political hit Congress would take from seniors.

“You can’t sugar coat it,” says Antos. “It would be much easier to do what lawmakers have always done in Medicare, which is lower payment rates (to doctors and hospitals) or restrict services in ways that are subtle and complicated. But to do something that looks like changing benefits, I don’t see it this time.”