Restaurants know customers eat more at fixed-price buffets than when they pay à la carte. Economists have been saying for years that the same kind of behavior goes on in the federal Medicare program for seniors and the disabled. 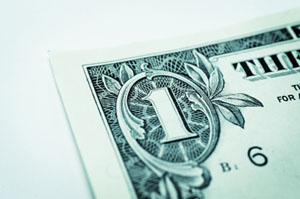 Supplemental “Medigap” plans shield millions from Medicare’s deductibles and other out-of-pocket costs. Pay a flat Medigap premium to a private insurer such as UnitedHealthcare or Humana and you might have little or no out-of-pocket expense for doctor visits, hospitalization or other Medicare services.

Naturally many worry that the all-you-can-eat model inflates Medicare’s costs by encouraging consumers to seek — or doctors to order — potentially unnecessary procedures. Now economists at the University of Texas and the University of Chicago have taken what some call the closest look yet at the relationship between Medigap coverage and Medicare spending.

Their conclusion, that Medigap substantially increases what Medicare spends on treatment and tests, gives new ammunition to those who want to restrict these plans. But not all health policy analysts are fans of the study.

Medigap premiums are based largely on statewide health costs, not local. So consumers on the Vermont side of the Bennington metro area, for example, paid a little more than $1,000 a year for Medigap coverage during the period studied. But those who lived on the New York side paid substantially more — about $1,500.

Cabral and Mahoney focused on the disparities to measure how higher prices reduced demand for Medigap plans and how cross-border differences in Medigap use affected Medicare treatment and spending among similar populations.

They found that in places like the Vermont side of the metro area, where Medigap coverage was more prevalent, there was also more utilization of Medicare services. Their bottom line: Medicare spends 22.2 percent more for individuals with Medigap plans than for those without.

“If someone has Medigap relative to not having Medigap, the public system is going to spend $1,396 more on them a year,” Cabral said in an interview.

MIT economist Jonathan Gruber calls it “the best study to date in terms of finding price variation between otherwise similar plans.” At the same time, he said, “it shows that this price variation drives both use of Medigap plans and associated spending on Medicare.”

Bruce Vladeck, who ran Medicare under President Bill Clinton in the 1990s and opposes restrictions on Medigap plans, said the paper shows only that Medigap is associated with higher Medicare spending — not whether that spending was medically necessary.

“They can say nothing at all about whether that utilization is life-saving cancer care or discretionary back surgery,” he said. “Maybe it would be a good paper in a graduate econometrics course, but it just doesn’t reflect reality.”

But their research did suggest that wider Medigap coverage encouraged the use of non-crucial procedures, Cabral said. Areas with wider Medigap enrollment showed “a particularly large increase” in tests and imaging such as MRI scans that are often thought to be overused, she said.

Nor is Vladeck crazy about a 15 percent tax floated by the authors that would raise the price of Medigap coverage, discourage its use and, they say, save billions. (The combination of tax revenue and reduced Medicare spending would net the government $13 billion annually, they calculate.)

While relatively affluent seniors often get tax-free, supplemental retirement coverage through former employers, he said, “to tax Medigap premiums is exactly to target a tax at the lower middle class, with a kind of radar-like precision.”

Federal officials have targeted Medigap policies with particularly low cost-sharing requirements for overhaul. In his budget proposal last year, President Barack Obama sought to make Medicare beneficiaries who opt for these plans pay a surcharge starting in 2017. The idea has also been supported by House Budget Chairman Paul Ryan and other Republicans.