The financial penalties that Medicare imposes on hospitals with high rates of patient readmissions are too harsh for hospitals serving the poor and should be changed, according to a congressional advisory agency.

Since last fall, Medicare has been reducing its payments to 2,213 hospitals under a provision in the health care law that aims to improve quality at the nation’s hospitals. The penalties kick in when patients with heart failure, heart attack or pneumonia are readmitted at higher than expected rates within 30 days.

While the Medicare policy seems to be having an effect – facilities are scurrying to keep better tabs on their high-risk patients after discharge – some hospital officials and other experts say the penalties are unfair because hospitals that treat the poorest patients are getting hit harder than others. 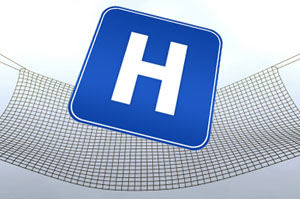 “The idea is right, but the implementation has been greatly flawed by penalizing hospitals that take care of the most vulnerable patients,” said Dr. Atul Grover, chief public policy officer at the Association of American Medical Colleges.

Low-income patients, doctors and researchers say, are more likely to have trouble following hospital instructions for taking care of themselves after discharge. They don’t always have easy access to doctors to monitor their recuperations and sometimes can’t afford needed medications.

The maximum penalties, now set at 1 percent of Medicare payments, are scheduled to double to 2 percent starting in October and 3 percent in the fall of 2014.

In the District of Columbia, Howard University Hospital, which treats the largest share of low-income patients, is being penalized the most of any area hospital; since last October, its Medicare payments have been reduced by 0.95 percent. Sibley Memorial Hospital, which treats the smallest share of poor patients, was the only District hospital to avoid a penalty, data show.

In Virginia, Mary Washington Hospital in Fredericksburg and Culpeper Regional Hospital were penalized 1 percent. Maryland hospitals are exempted from the federal program because the state has a unique reimbursement system.

Medicare has disagreed that the readmissions penalty program needs revisions. But the report to Congress from the Medicare Payment Advisory Commission, or MedPAC, agreed with critics that there are “shortcomings” that “can work at cross purposes to the policy’s intent.” The criticisms carry extra weight because MedPAC helped devise the readmission penalties, calling for them back in 2008.

“Income is still an important … variable in explaining variation in readmissions,” the commission said. It recommended that in future years, when determining penalties, Medicare compare a hospital’s readmission rates to those of hospitals with comparable numbers of poor patients. Penalties can be a drain on safety net hospitals, many of which operate on slim profits or at a loss.

The Centers for Medicare & Medicaid Services did not comment on the MedPAC recommendations. In the past, officials have noted that after years of holding steady, the national hospital readmission rate last year dipped below 18 percent.

But MedPAC warned that if the penalty formula remains unchanged many hospitals will continue to get penalized in future years even if they reduce readmissions because they will be judged on how they compare to the entire industry. MedPAC proposed that Medicare set target readmission rates for hospitals each year and exempt from penalties those that succeed.

“These are all steps in the right direction,” said Dr. Ashish Jha, a Harvard School of Public Health researcher who first documented the unevenness of the penalties. “MedPAC is thinking smartly about this and they’re looking at the evidence coming and making changes to the metrics.”

Changing the program, however, might not be easy. Medicare officials have said that many details were spelled out in the 2010 law, making them difficult to change in light of deep partisan divisions in Congress.