One year after her husband died, Janice Gentile received an unusual request from her daughter: make a legacy video about their marriage — and their lives.

At first, Gentile, who was 72 at the time, was turned off by the idea. The Holbrook, N.Y., resident was still hurting from the loss of her husband, Cesare, who was her high school sweetheart and to whom she was married for half a century. But her daughter, Laura, urged her to make the video that lovingly traced the lives of both parents.

“It’s about both of us — but since he couldn’t speak for himself, I had to speak for him,” recalled Gentile, who is now 80 and views this video as a central part of her legacy. All four children received a copy of the 23-minute video filmed in her home by a professional videographer — and she saved one of the Blu-ray discs for herself, which she pulls out on special occasions and shows to friends who inquire about it.

Just as early humans used primitive tools to carve storyboards of their lives on cave walls, today’s technology can leave a lasting trace — at least as long as the technology lasts.

“Everyone has a story to tell, but once you’re gone, your stories are gone,” said Diane Hirsch, the woman who filmed the video and president of MyVideoLifeStory.com. If you leave a video memory behind on a disc or memory stick, she said, “future generations will know your life.”

What exactly are we supposed to leave behind after death — besides a will — for those we love? That’s a complicated question that vexes many Americans. New technologies and yet-to-be-discovered technologies keep broadening the possibilities of both the medium and the message. Beyond companies that will film your video legacy, others, such as LegalZoom.com’s forthcoming Legacy division, are exploring innovative ways to let select loved ones continue to connect with you after you die as they face new milestones.

“It’s kind of like you’re saying: Don’t forget about me — whether someone wants to forget about you or not,” said Bart Astor, best-selling author of AARP’s “Roadmap for the Rest of Your Life.” “The concept is kind of weird to me.”

Indeed, most Americans do all they can to avoid thinking about their legacy.

Only 44 percent of Americans leave any kind of will behind, according to a 2016 Gallup poll. “Most Americans never act on the question: How do I want to be remembered?” said Astor.

But some who have been touched by the technological legacy say it’s wonderful, not weird at all. And there are those who only wish — usually too late — that they could be on the receiving end of digital-video memories of their deceased spouses, parents or grandparents.

“The only tangible recording that one young lady told me she had of her mother is a cellphone message,” said Craig Holt, global chief product officer of LegalZoom, who is overseeing the Legacy division that is in the testing stage in the United Kingdom, and which could expand into the U.S. market next year.

Legacy can do much better than old cellphone messages, said Holt. Think of one of its products as more like a time capsule that will dispense prerecorded messages at significant times or dates in the future — such as a grandchild’s 16th birthday.

“This is very different from leaving some photos on a phone or some sort of journal behind,” said Holt. “It shows you’ve done some thinking about the future.”

Holt, for example, has twin children who are nearly 5 years old. In the unlikely event that the 39-year-old executive dies early, he has digitally recorded personalized messages for each of them that will express his love around their 18th birthdays and their potential weddings.

“Easing the pain of loss is about more than financial issues,” said Holt. “There is an emotional legacy, too, and certain things I want to tell people I’m leaving behind.”

LegalZoom’s Legacy plan also includes a “dynamic” will structure that allows for changes to a person’s will to be easily made online instead of through an expensive trip to the lawyer’s office.

Holt declined to estimate what it might ultimately cost consumers to use the service.

Clients, of course, essentially would be betting that LegalZoom and its Legacy division will continue to be around and operational for years after they die.

“You have to hope the company still exists years from now,” said Astor. “It’s like buying an annuity. If the company is no longer there, it’s too bad.”

Meanwhile, the only real “risk” with digitized videos from MyVideoLifeStory.com is that the recipient doesn’t want to see them. That would be the exception, said Hirsch. Keeping a legacy going is really about keeping a family’s history from disappearing.

In the case of Janice Gentile, for example, until she made that video, her children never knew she had once performed a piano concert at Carnegie Hall, said Hirsch. 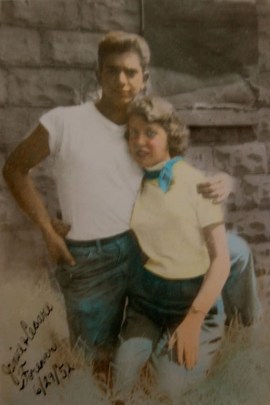 But quality doesn’t come cheap. Hirsch’s videos can cost up to $7,000. She spends hours with each subject — getting to know them before she starts filming. Hirsch faces tough competition with at least a dozen other video legacy biographers offering similar services from New York to Arizona to California. The best way to select a legacy videographer, she said, is via recommendations. Even then, she said, it’s critical to spend lots of time getting comfortable with the videographer before filming begins.

The idea for the business came to her shortly after her mother died. Realizing how unpredictable life is, Hirsch persuaded her 85-year-old father, Raymond, to sit and talk for three hours while she shot video and he talked about his past. Nine months later, he died. “I watch his video all the time, and it still makes me feel good,” she said.

Gentile treasures the fact that her four children and 10 grandchildren will always have her recording as a way to remember both her husband and herself. She said that she’d advise her best friend to do one, too. “Go for it,” Gentile said. “There’s nothing to lose.”

One of her sons has ribbed her about the video. “He says I spent more time talking about the dog than my kids,” she laughed. But her only regret is that she wishes she could have created it with her husband, when he was alive.

Astor said the legacy that he and his wife prefer to leave is more educational than sentimental. Both have established need-based college scholarships — in their own names — at their alma maters.

“To me, it’s all about leaving your values to future generations,” said Astor, who, like his wife, needed student aid to make it through college.

Instead of leaving behind a digital legacy, they’re giving back the old-fashioned way: cash.

Messages From Beyond: Using Technology To Seal Your Legacy