Last year Dr. Michael Nusbaum introduced a mobile application in an effort to make scheduling a medical appointment as easy as sending a Facebook message to a friend, and as safe as sharing your medical information in person at the doctor’s office. 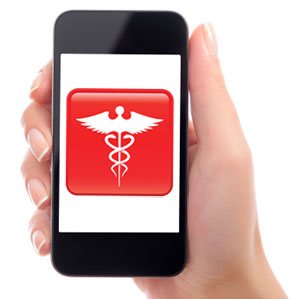 The New Jersey-based surgeon said he designed MedXCom “to bring doctor-patient communication to the twenty-first century” by sharing medical records, prescriptions and treatments on smartphones. The app is one of hundreds that promote health and health care, but it’s one of the first designed to meet the patient privacy standards set by the Health Insurance Portability and Accountability Act. With millions of Americans having their medical information compromised, privacy and security were at the forefront of Nusbaum’s venture.

Now Nusbaum, CEO of MedXCom, is building on this technology with a new app to prevent the spread of sexually transmitted diseases. And he’s hoping that MedXSafe, which targets the touchscreen-friendly 20-something generation, will prove to be more catchy than the STDs that affect a quarter of U.S. college students.

“Most college students are responsible enough to do it — as long as it’s not too invasive,” he said about testing and sharing STD results.

The app syncs STD test results from clinics onto a student’s personal mobile page. The idea is that a student can share the secure test results with a sexual partner by either showing them  or using the “bump” function, a way of transferring information between phones by physically touching them.

“There is probably growing ease and comfort in sharing things online,” said Dr. Victor Schwartz, a psychiatrist and medical director of The Jed Foundation, an organization focused on mental health college students. Having examined young people’s attitudes toward health and the use of mobile communication and social media, he said an app like MedXSafe could be a useful tool.

But Schwartz was also wary that the sense of privacy and anonymity online could mask the risk in sharing personal information. As a result, students could find their identity revealed to a greater audience in a gossip leak, or on an anonymous forum.

Meanwhile, how these apps will fare in the marketplace is still unclear since MedXSafe was launched in January, and MedXCom has been available for less than a year. Other apps, like Medigram and Apple’s MacPractice Check In have also reached the market with technologies that meet HIPAA privacy standards.

So far, Nusbaum said there are “thousands” of physicians, chiropractors and dentists who have started using MedXCom. And some early users of the debut product deemed it a worthwhile investment.

“It kind of streamlines things — makes it easier for my patients to contact me,” said Dr. Timothy Brown, a gynecologist in Massapequa, N.Y., who has used MedXCom since last September.

The private practitioner was able to replace his answering service with the app, which helped him save money in his overhead costs. Brown also said the ability to keep a digital record of all patient communication is helpful in case of any legal issues, and for reviewing what went on in doctor-patient conversations.

Even so, Brown said only about “half a dozen” of his patients have adopted the system as their main means of consulting with him; most just call him or leave messages. He said the app would be more helpful for multi-doctor practices and larger health systems where physicians are not as readily available.

“I love the concept,” he said. “But the biggest challenge is getting patients comfortable — they still seem to go the other route.”

Messaging Your Doctor? There’s An App For That