It’s getting easier for parents of young children with autism to get insurers to cover a pricey treatment called applied behavioral analysis. Once kids turn 21, however, it’s a different ballgame entirely. 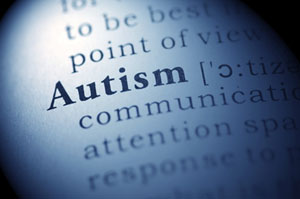 Many states have mandates that require insurers to cover this therapy, but they typically have age caps ranging from 17 to 21, says Katie Keith, research director at the Trimpa Group, a consulting firm that works with autism advocacy groups. In addition, the federal Centers for Medicare & Medicaid Services recently announced that all Medicaid and Children’s Health Insurance Programs for low-income families must cover comprehensive autism treatment for kids—until they’re 21.

After I wrote about the new Medicaid coverage requirements, the mother of a 23-year-old with autism wrote in asking about coverage options for her son.

Unfortunately, once someone with autism  turns 21, “they fall off a cliff,” says Lorri Unumb, vice president of state government affairs at Autism Speaks, an advocacy organization. “It’s the next big frontier that’s got to be addressed.”

Parents of older children have a few options. Some state autism mandates don’t have age caps, including New York, California, Massachusetts, the District of Columbia, Wisconsin and Indiana, according to Keith.

If an insurer denies  therapy and a parent lives in one of the states that has an age cap on its autism mandate, it’s worth appealing, Unumb believes. The appeal may be bolstered, she said, by the federal mental health parity law, which bars plans from imposing quantitative or qualitative treatment limitations on mental health care that are more restrictive than those on benefits for physical health conditions.

Like dollar caps on benefits, age is a quantitative limit, says Unumb.

Although the courts have yet to address the issue, she says, “In my opinion, all of these age caps are probably invalid under mental health parity.”