Q. Is a taxable withdrawal from an IRA counted as income? If someone lives entirely off his savings and does not qualify for subsidies on the health insurance marketplace because he has no income, could he withdraw $11,500 early from an IRA and count that as income? 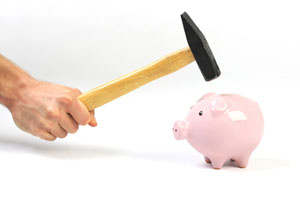 A. Withdrawals from traditional or rollover IRAs would be considered income for the purposes of calculating modified adjusted gross income, the figure on which eligibility for premium tax credits on the exchanges is based, says Brian Haile, senior vice president for health policy at Jackson Hewitt Tax Service.

A withdrawal from a Roth IRA, however, would not count as income in this case because the individual would already have paid taxes on that income when he made the retirement contribution.

Tax credits are available to people with incomes between 100 and 400 percent of the federal poverty level (currently $11,490 to $45,960 for an individual). In the situation you describe, in which someone is living off his savings and has no earned income, withdrawing enough money from a taxable IRA to bring him up to the poverty level could enable him to qualify for premium tax credits.

However, taking money out of an IRA before age 59 ½ would generally subject people to a 10 percent tax penalty, says Haile, unless they can sidestep it because they qualify for one of several exceptions due to financial hardship or other life events like buying a home for the first time.

Is it a good tradeoff? It’s “hard to say,” says Haile. “I just hope to never have to raid my retirement account to pay for health insurance for my family.”

A Reader Asks: Would An IRA Withdrawal Count As Income For Exchange Subsidies?