When Yuri Maldonado’s 6-year-old son was diagnosed with autism four years ago, she learned that getting him the therapy he needed from California’s Medicaid plan was going to be tough.

In addition to providing health insurance for low-income children, Medi-Cal, as California’s plan is called, does provide coverage of autism services for some children, like Madonado’s son, who are severely disabled by the disorder, in contrast to many states which offer no autism coverage. But Maldonado’s son was approved for 30 hours a week of applied behavioral analysis (ABA), a type of behavior modification therapy that has been shown to be effective with autistic children, and she was worried that wasn’t enough. 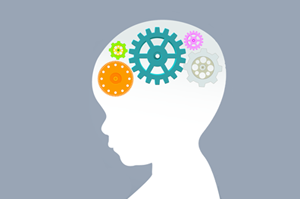 So she and the boy’s father, neither of whose jobs offered health insurance, bought an individual private policy for their son, with a $900 monthly price tag, to get him another 10 hours a week of ABA therapy, as recommended by a clinical psychologist.

“I don’t know any family that can really afford that,” says Maldonado. “We made some sacrifices.”

That should be changing soon. In July, the Centers for Medicare & Medicaid Services announced that comprehensive autism services must be covered for children under all state Medicaid and Children’s Health Insurance Program plans, another federal-state program that provide health coverage to lower-income children.

Although coverage of applied behavioral analysis, which uses positive reinforcement and other techniques to encourage behavior change, isn’t explicitly required, advocates expect it will be covered.

“Since ABA is the most accepted, effective treatment that isn’t experimental and investigational, you can’t just exclude it entirely,” says Daniel Unumb, executive director of Autism Speaks’ legal resource center.

Like California, some states provided limited coverage before to certain age groups, for example, or up to a specified dollar amount. But the new policy is important because it requires mandatory coverage for everybody under 21, says Kristin Jacobson, co-founder and president of Autism Deserves Equal Coverage, a Burlingame, Calif.-based advocacy group.

In a coverage bulletin last month, CMS said that state Medicaid programs must cover a full range of autism services under the “early and periodic screening, diagnostic and treatment services” provision of the law. The EPSDT benefit, as it’s called, covers any services that are medically necessary to correct or ameliorate physical or behavioral conditions in children up to age 21.

Some states are concerned about the new requirement, says Matt Salo, executive director of the National Association Of Medicaid Directors.

“The nexus of covering a lot of kids and a fairly unknown condition and treatment for that condition, combined with EPSDT, anytime you get that you get states a bit concerned because there’s very little way to control costs in that arena,” says Salo.

The new coverage guidelines apply to children with autism spectrum disorder, a group of developmental conditions including autistic disorder and Asperger syndrome. Roughly 1 in 68 children have the disorder, according to the Centers for Disease Control and Prevention. The Association Of Maternal Child Health Programs estimates that just over a third of them get coverage through Medicaid or CHIP.

In California, to get coverage under the state’s Medicaid waiver program children need to be substantially disabled and have a full autistic disorder diagnosis, says Jacobson.

“It doesn’t cover people with Asperger’s syndrome or other  forms of autism spectrum disorder,” she says, leaving children with language or certain functional abilities unable to get services.

Jacobson estimates that up to 6,000 new children in California who are currently ineligible under the waiver program may qualify for autism services under CMS’ new guidance.

“For them it’s going to be a huge deal,” she says.

The new coverage rules went into effect July 7 when the CMS guidance was issued, although many states are still setting up procedures. More than a dozen states have contacted him about implementing the new policy, says Unumb.

Advocates across the country in recent years have been working to  build support for better insurance coverage of autism services, including Medicaid coverage. The federal government’s announcement followed a number of recent court cases, including federal circuit decisions in Florida and Ohio, affirming that applied behavioral  analysis services were required  under the Medicaid EPSTD benefit. Those decisions bolstered advocates’ long campaign to get such services covered, Unumb says.

In addition, 37 states and the District of Columbia have passed laws that require private plans to cover  autism treatment, according to Autism Speaks. “It reached that boiling point where CMS had to step in and issue this guidance,” says Unumb.

Caring for someone with autism costs more than $3 million over a lifetime, according to a 2007 study published in the Archives of Pediatrics and Adolescent Medicine.

Advocates argue that early intervention, even pricey applied behavioral analysis that may cost more than $50,000 annually, can save money in the long run.  Nearly half of children who receive early interventions such as applied behavioral analysis can achieve mainstream status, according to a 2005 study published in the American Journal of Mental Retardation.

This article was updated on Oct. 21 with additional information from Maldonado about her family’s situation.