For months, consumers have been warned that they have to buy health insurance by the end of open enrollment or remain uninsured until next year. But a little noticed provision of the health law may give some consumers another chance. 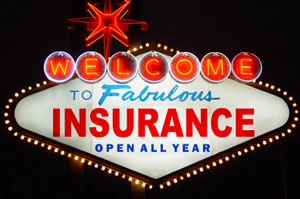 Insurers that sell individual plans have to offer insurance to all comers during an annual open enrollment period, which this year ended for most people on March 31. However, the health law allows insurers to sell individual plans off the exchange outside the regular open enrollment if they wish to do so, as long as they don’t discriminate against people who are sick.

“The assumption is that no insurance company would do that because they’d just open themselves up to too much adverse selection,” says Sabrina Corlette, project director at the Georgetown University Center on Health Insurance Reforms.

Still, at least one state is embracing the prospect. Under a Nevada law that took effect in January, any insurer that sells individual health plans outside the state’s health insurance exchange has to offer those plans year round. To discourage people from waiting until they get sick to buy a plan, insurers can require a waiting period of up to 90 days for coverage to take effect.

“We recognized that there could be a time when a consumer in Nevada needs or wants to purchase insurance off of the exchange for whatever reason without having had one of the special qualifying events” that create an enrollment opportunity on the exchanges, says Jake Sunderland, a spokesman for the Nevada Division of Insurance. “We wanted to allow for that.”

No other state has taken Nevada’s approach to date, say experts.

Under the health law, people who don’t get insurance through their jobs can shop for plans during a designated open enrollment period each year. This year, open enrollment ran from Oct. 1, 2013, through March 31, 2014. Open enrollment for 2015 coverage starts Nov. 15, 2014, and ends Feb. 15. Insurers on and off the exchanges must allow consumers to enroll in their plans during this window of time.

After the annual open enrollment periods ends, in general people can’t buy a plan again until the next open enrollment period unless they get married, have a child or experience other big changes in their life circumstances. So unless they live in Nevada or an insurer makes a rare offer of insurance outside of open enrollment, people who don’t buy coverage during open enrollment and subsequently get sick may have to pay for their own medical care for the remainder of the year in addition to facing a penalty for not having health insurance.

Because of the bumpy rollout of the health insurance exchanges, many people didn’t finish enrolling in coverage by the March 31 deadline. The federal government gave people until April 15 to complete the process in the 36 states where it operates the health insurance exchanges to enroll in exchange plans. Many states that operate their own exchanges followed suit, extending the length of time people could sign up for a plan on and off the exchanges into April.

In a statement following the announcement of the extra time to sign up through the federal exchange, America’s Health Insurance Plans, a trade group for the insurance industry, urged that any extension be limited to a defined period of time.

“This helps to ensure there is an incentive for people to enroll. It is also necessary so health plans know who is covered as they develop and submit premiums for next year, which is required in some states as early as April,” the statement said.

Under normal circumstances, insurers might balk at offering people a chance to sign up outside the regular open enrollment period. But this April’s exended timeframe may be a special case. With so much speculation that young and generally healthy people would likely wait until the last minute to enroll in a plan, insurers might be more than usually willing to leave the enrollment doors open in the hope of snagging some of the “healthy procrastinators,” says Corlette.

“It may well be that issuers are assuming that these procrastinators are people that they want to have,” she says.