Most people would agree that donating an organ to someone in need is a selfless act. There’s no medical upside in giving up one of your kidneys or part of your liver, lung or pancreas. It’s a risk people take so that someone else — often but not always a loved one in desperate need — may live a better, longer life.

It’s said that no good deed goes unpunished, however, and living donors sometimes find themselves unable to find affordable — or any — health insurance after the fact. Insurers sometimes claim that the donation is equivalent to a preexisting medical condition and either reject an application outright or offer coverage with a very steep premium.

People who have health insurance through big companies generally aren’t affected, but those who try to find coverage on the individual market or who have coverage through a small business may run into this problem.

“It’s absurd,” says Matthew Cooper, director of kidney transplantation at the University of Maryland Medical Center in Baltimore. Transplant centers put potential donors through a comprehensive battery of medical tests before permitting them to give up an organ. “These patients are handpicked. They’re some of the healthiest people around.”

A study published last year in the Journal of the American Medical Association examined the long-term mortality of more than 80,000 live kidney donors between 1994 and 2009. It found that their death rates over six years were no higher than the rates for similar individuals who hadn’t donated a kidney. Experts say the results are in line with other studies that have shown that donating an organ doesn’t appear to increase people’s risk of illness or death.

When Beth Stary-Bain decided to donate a kidney to her mother nearly four years ago, she didn’t give health insurance a thought. At the time, she was covered under her ex-husband’s policy, which, under the federal law known as COBRA, she was permitted to keep for 36 months following their divorce. Before the operation, she gave up her instructor’s job at a cosmetology school in Appleton, Wis., figuring she’d have no trouble finding a job with health insurance once she recovered from surgery. 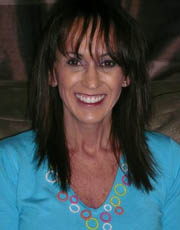 That’s not the way it worked out. After the operation, which went off without a hitch, Stary-Bain, now 50, tried to buy an individual insurance plan. Once they learned she’d had a nephrectomy, as surgical kidney removal is called, two carriers turned her down outright. A third offered her a plan — for $800 a month. “I was really surprised,” she says. “I didn’t realize that because I’d donated a kidney I was considered unhealthy.”

Shortly before her COBRA ran out, Stary-Bain found a job with health coverage, working in customer service for a health insurer.

Transplants using living donor organs are often more successful than those using organs from deceased donors. But even though the number of living donors has more than tripled in the past 20 years — there were 6,563 in 2010 — the increase isn’t nearly enough to meet the demand.

To encourage more people to donate, health-policy experts say barriers must be removed, including those involving insurance. Although a living donor’s evaluation, surgery and immediate postoperative care is covered by the recipient’s insurance, concern about coverage hassles down the road — sometimes well founded, as Stary-Bain discovered — is enough to deter some people from donating, according to a 2007 review of research.

Information on health insurers’ willingness to cover living donors isn’t extensive, but in that 2007 review, insurers said they wouldn’t refuse to cover these individuals as long as they were otherwise healthy. According to Susan Pisano, a spokeswoman for America’s Health Insurance Plans, a trade group, donating an organ is not sufficient grounds on its own to lead to a denial
of coverage.

But consumers and advocates tell a different story. The same 2007 review found that between 3 and 11 percent of respondents said they had trouble getting insurance after donating an organ.

Under federal rules, every transplant center must have an advocate for living donors. Health insurance problems do come up, says Rebecca Hays, a living-donor social worker at the University of Wisconsin Hospital and Clinics in Madison. Sometimes, Hays said, donors tell her about insurers that refuse to cover anything related to the organ donation for a year. “More often
I hear from people who have been denied insurance and they don’t know what to do.”

Under provisions of the health-care overhaul law that take effect in 2014, insurers will no longer be able to deny people coverage because of preexisting conditions, nor charge more. At that time, patient advocates and health-policy experts hope that the problem being faced by living donors will disappear.

In the meantime, donors who run into difficulties can consider signing up for the preexisting-condition insurance plans that were created in every state under the new health law, says Dolph Chianchiano, senior vice president for public policy at the National Kidney Foundation. The hitch: You have to have been uninsured for six months in order to qualify.

People Who Donate Organs For Transplants Can Have Difficulty Getting Insurance