Many plans sold on the health insurance marketplaces offer a tradeoff: lower premiums in exchange for limited networks of providers. But consumers who opt for a narrow network plan with the idea that they’ll go out of network when necessary may be taking a big financial risk. 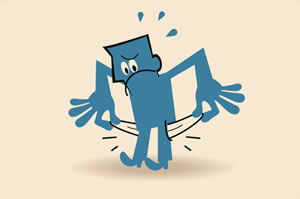 The health law generally places limits on how much consumers can be required to pay out of pocket for medical care (not including premiums). In 2014, the limit for an individual plan is $6,350 and for a family plan, $12,700. But those limits apply only to care provided by doctors and hospitals in a plan’s provider network. There may be a separate out-of-pocket maximum for services provided out of network in marketplace plans, or no cap at all, says Margaret Nowak, research director at Breakaway Policy Strategies, a research and consulting firm that has analyzed cost-sharing and other data on more than 7,000 primarily silver-level exchange plans nationwide.

Similarly, the health law requires that preventive care such as vaccines, cancer screenings and annual checkups be covered at no cost to consumers in most health plans. If someone uses an out-of-network provider, however, they can be charged.

Going out of network opens the door to higher costs in other ways as well. Plans may require patients to pay a higher copayment or coinsurance for an out-of-network provider. In addition, since the doctors, hospitals and other providers are not under contract with the insurance company, in many states those providers may bill patients for any charges not covered by the insurance, a practice known as “balance billing.” The contracts signed by providers who join plan networks generally contain rovisions that prohibit them from balance billing enrollees.

Plans sold on the marketplace are divided into four levels based on the amount of consumer cost sharing required. On average, a bronze plan pays for 60 percent of covered medical services, a silver plan pays for 70 percent, a gold plan, 80 percent, and a platinum plan, 90 percent. But those percentages don’t take any out-of-network care into account, says Sabrina Corlette, project director at Georgetown University’s Center on Health Insurance Reforms.

“The assessment doesn’t necessarily tell the consumer the full picture,” says Corlette. “If you sign up for a gold plan and it’s a really narrow network, you might end up paying far more out of pocket than you expect.”

Narrow networks can be a particular problem in HMO-style plans that don’t cover any out-of-network care except for emergency services. According to the analysis by Breakaway Policy Strategies, roughly a third of mid-level silver plans are of this type, typically leaving consumers on the hook for the entire bill if they get care from an out-of-network provider.

The health law does provide protection for consumers when they receive emergency care from a hospital that’s not in their provider’s network. In such instances, health plans can’t charge consumers higher coinsurance or copayments.

However, patients placed on observation status or admitted to the out-of-network hospital from the emergency department are no longer shielded from higher out-of-pocket costs.

“Once the patient is stabilized, the patient will be responsible for whatever the insurer doesn’t pay for that observation or admittance,” says Jeffrey Bettinger, an emergency physician who is chairman of the reimbursement committee of the American College of Emergency Physicians. Patients who will be admitted for any length of time may want to be transferred to an in-network hospital, says Bettinger.

Despite the financial risks, most consumers who are likely to sign up on the health insurance marketplaces say they would choose a lower premium over a broader network of providers, according to the Kaiser Family Foundation’s February health tracking poll. Among people who are currently uninsured or buy their own coverage, 54 percent said they would rather have a less costly plan with a narrow network, compared with 35 percent who said they would opt for a pricier plan that gave them more choice of providers. (KHN is an editorially independent program of the foundation.)

Whichever type of plan they choose, the onus is on consumers to dig into the details and make sure they understand what they’re signing up for. There’s a tremendous amount of variability in exchange plans, even among silver level plans, says Richard Smith, executive vice president at Breakaway Policy Strategies.

Warning: Opting Out Of Your Insurance Plan’s Provider Network Is Risky