Medical decisions can seem overwhelming, especially when you’re sick and scared. In their new book, “Your Medical Mind: How To Decide What Is Right For You,” oncologist and New Yorker writer Jerome Groopman and his wife, endocrinologist Pamela Hartzband, team up to help readers recognize the many influences on their medical decisions and encourage them to chart their own path. They recently discussed their book with me.

Q. In your book, you say that the most agonizing truth of medical care is its uncertainty. How can knowing their own “medical mind” help people cope with that uncertainty? 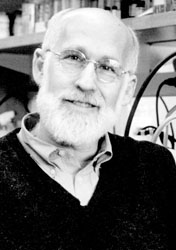 Groopman: I think a lot of people don’t realize how uncertain medicine is. In the book, we quote an orthopedic surgeon who says, “I can do everything right, and the outcome still isn’t good, and the patient has limited motion and pain.” Or you can take a statin and still have a heart attack. But in order to make a decision, not blindly but cleareyed, it’s important for the patient to understand the uncertainty. How you value the risks and benefits is really central in going through a process so you choose what’s right for you as an individual.

Q. You say that in many cases, determining what the “right” medical decision or choice is depends on the person who’s making it. You describe how different personality orientations lead people to make different decisions. What are these distinctions and how do they affect decision making? 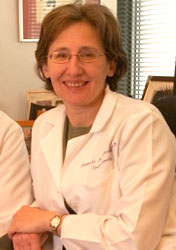 Hartzband:  First, there’s the maximalist/minimalist orientation. Maximalists are the people who want to do everything possible and more to take care of the health issues they have. Minimalists believe less is more and want to do just what is absolutely necessary. Then there’s the naturalist versus someone with a technology bias. The naturalist wants to use natural remedies while the technologist wants the latest, greatest cutting-edge technology. Finally, there’s the believer/doubter orientation. The believer believes there’s a good treatment for whatever they have and is going to go for it. The doubter is risk averse: He’s focused on unintended consequences and believes the treatment might be worse than the disease. And those three orientations all interact with one another.

Q. Let’s take an example: The U.S. Preventive Services Task Force now recommends against routine prostate cancer screening for healthy men, because it doesn’t seem to improve mortality. Describe how different people might evaluate the decision to be screened.

Hartzband: The doubters are going to be the people who are reluctant to be tested. They’re going to see it going down a path they don’t want to follow …

Groopman: …of complications where the treatment is worse than the disease. Then you have the expert believers. They say, “The side effects [of treatment, such as impotence and incontinence] generally get better, and people adapt and cope.”

Hartzband: You can apply the same issue to the mammogram. It’s been suggested that when women have mammograms, they end up having a biopsy, with complications and scarring. The doubters don’t want to do it. The believers say, “(Detecting cancer) is so much more important than a little scarring.”

Groopman: Each one minimizes the other’s concerns. And this is the way experts are, too.

Hartzband: On the one hand it’s very disconcerting, on the other hand it’s very liberating to know you have an option different than the expert [recommendation] and you can be right.

Hartzband: In the book we talked about the case of someone with an overactive thyroid. The first doctor says, “This is the best treatment.” But it turned out that this patient found it to be a huge burden to have to take a thyroid pill every day forever [following radioactive iodine treatment to destroy the thyroid gland]. As doctors, we think it’s no big deal when we prescribe pills all the time. This doctor projected his point of view and almost couldn’t see another point of view.

Groopman: It really is a partnership: We don’t want to be presumptuous and project our own opinions, but nor should a doctor say, “I don’t know, you decide.”

Hartzband: Although you may be a minimalist and a doubter, that doesn’t mean (that less treatment) is always the right decision for you. A doctor can help explain that.

Groopman: Being a believer and maximalist, I wish I’d understood that mind-set, with my back. [Groopman had unsuccessful back surgery nearly 30 years ago.] I had very bad back pain. I wish a doctor had said, “You want to believe that there’s an answer to this, and that there’s a technology solution. But I’ll challenge that. There’s a lot about back pain that we don’t understand.”

Hartzband: Whether he would have listened is another matter.

Groopman: At least it would have tempered it.

Q. To what extent should people allow others’ medical experiences — friends, neighbors, family — to influence their own treatment decisions?

Hartzband: Certainly they do [influence people]. The input of medical information from friends and family is part of what shapes your medical mind from a young age. When you hear about medical experiences, it contributes to your baseline mindset. But sometimes it’s helpful and sometimes it’s not helpful. The way it’s not helpful: When you hear a story – say a relative of yours had a bad side effect from a medication — it’s going to be hard to get it out of your mind. Our minds are structured so that stories have a huge impact. The problem is that something that is quite rare can seem like it’s very likely to happen to you. In our book, Susan Powell goes to church and sees someone who has very bad muscle pain from taking a statin. But the actual numbers show somewhere between 1 and 10 percent of people will get that side effect.

Q. How can people avoid regretting the medical decisions they make?

Hartzband: In our book, we talked about two people who had orthopedic surgery. Both had bad outcomes and were worse after surgery. One was disappointed, but had no regret. The other felt very bitter and regretted that she’d gone ahead with the surgery.

We found that one person had followed his own process of medical decision-making and knew his medical mind. The other person felt she’d been pushed (by her doctor) and led to do something she wouldn’t normally do, and felt bad about that. She regretted taking an approach that was not only disappointing but not consistent with her own (minimalist and naturalist) philosophy.

Groopman: There’s often a lot of self-blame. I can speak from personal experience. I profoundly regret having back surgery. I didn’t go through a good process. We can’t erase uncertainty, but we can have much more confidence we’re making the right decision and understand how our mindset can lead us astray.