People who got off to a rough start with Obamacare or have yet to pick a plan still have options— but only if they move quickly before the open enrollment period ends on March 31.

Those who were unable to sign up for a marketplace plan because of the glitches with federal or state websites can receive retroactive coverage to the date they originally applied, as well as retroactive premium tax credits and cost-sharing subsidies, the federal government announced in late February. 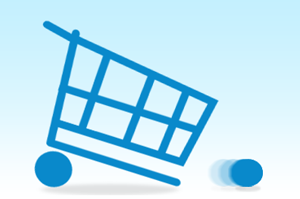 In addition, some people who gave up on enrolling through their state’s balky marketplace and instead, bought a plan outside the exchange, may be able to switch to a marketplace plan and qualify for retroactive subsidies.

The guidance leaves it up to individual states to decide whether they want to offer these options. The federal marketplace has its own process in place to bump back the effective coverage date for people who encountered those problems, says an official at the Centers for Medicare & Medicaid Services.

“This [guidance] raises more questions than it answers,” says Sabrina Corlette, project director at Georgetown University’s Center on Health Insurance Reforms. “From a consumer perspective, it says nothing about what difficulties you have to have had to qualify or what documentation you have to show.”

In addition to difficulties enrolling, some consumers have been tripped up by inaccurate or incomplete information posted online about the benefits or providers available in a particular plan. They, too, may get some relief.

According to federal guidance released in early February, if enrollees encounter “benefit display errors,” such as inaccurate information about deductibles or coverage, insurers are encouraged to honor the information they displayed.

If the insurer fails to do so, and the misinformation might have affected a consumer’s choice of plan, that individual will generally be allowed to pick another plan at the same metal coverage level, offered by the same insurer. If consumers can’t find a good substitute with that insurer, they’ll have 60 days to select a new marketplace plan, the guidance says.

Similarly, if people have enrolled in a marketplace plan and then discovered that it doesn’t include doctors, hospitals or other providers they need, they may switch to another plan at the same metal level offered by the same insurer, according to the federal rules. However, changes due to provider network issues must be made by Mar. 31.

By the end of February, roughly 4 million people had signed up for a marketplace plan on the federal or state-based exchanges.

Picking a plan is only part of the process of getting coverage. Benefits only take effect when you pay your premium, says Sarah Lueck, a senior policy analyst at the Center on Budget and Policy Priorities.

People who haven’t enrolled by Mar. 31 may owe a penalty for not having health insurance in 2014.

In the past, people buying coverage directly from an insurer could generally sign up any time of the year as long as they got through the medical underwriting process that insurers used to evaluate applicants. Not anymore. Consumers who don’t sign up during the open enrollment period which ends Mar. 31 will generally have to wait until enrollment begins again next fall to sign up or change plans —unless their circumstances change, for instance, if they move, marry, or lose a job, among some of the more common examples.

In 2014, anyone who buys a plan during the open enrollment period won’t be penalized for not having insurance. However, people who bought coverage that begins April 1 or later (and who would otherwise be penalized because they had a coverage gap of three months or more) will have to claim a hardship exemption when they file their taxes next year to avoid the penalty.

There are a number of circumstances that may exempt people from penalties for not having insurance. The long list of exemptions covers things like affordability—if the cheapest plan available in someone’s area costs more than 8 percent of his or her income — incarceration, and hardships such as being evicted or filing for bankruptcy.

People who don’t qualify for an exemption and don’t buy a plan might face a bigger financial hit than they anticipate. For 2014, the penalty is the greater of $95 or 1 percent of someone’s modified adjusted gross income over the filing limit ($10,150 for single person, $20,300 for a married couple filing jointly in 2014).

“We don’t talk about the $95 because it’s a complete myth,” says Brian Haile, senior vice president for tax policy at Jackson Hewitt Tax Service. Only a handful of people who might be subject to the penalty will have incomes low enough to qualify for that standard.