From the beginning, President Barack Obama and his top advisers have sought to portray health care reform not just as another costly entitlement for the poor, but as part of a larger effort to ease the burden of mounting medical costs for the middle class.

“The core economic part of his strategy is the middle class,” White House Chief of Staff Rahm Emanuel explained on ABC News’ “This Week” shortly after the election. “You cannot sustain an economy for the middle class and for the entire country in which two issues  just take energy and health care  are really squeezing the middle.”

But with Congress now shaping legislation, a thorny political question hangs over the debate: How much will middle-class Americans benefit and will it be enough to win their support? President Clinton’s health-care initiatives collapsed in the early 1990s after the insurance industry used “Harry and Louise” ads to help convince middle America that the plan was a bad deal. Obama has to avoid that same pitfall, but recent polls suggest he’s already encountering some public discontent with his handling of the health care issue.

“The middle class absolutely is the constituency that will determine” the outcome of the health care debate this year, said Len Nichols, director of the health policy program at the New America Foundation, a Washington think tank. “It will come down to Obama’s portrayal of the benefits of the new world” of reforms versus the status quo of rising premiums and the difficulties of getting individual insurance.

The precise impact on Americans won’t be known until final legislation emerges from the House and Senate, possibly later this summer. But one thing is clear: As Congress tries to drive down the cost of a plan, fewer Americans are going to get help buying insurance. And Americans who are going to pay a lot of the bill for reform are being asked to believe in a different kind of payoff  one that is appealing but difficult to quantify. Look past the price tag of legislation, Obama is saying, to a future of smaller premium increases and guaranteed coverage even if you lose your job or become sick.

Here are some of the issues that will determine how different groups of people are affected by the legislation:

Obama and his congressional allies have been trying to sell a health care overhaul as more than a means of covering the uninsured. It would rein in rapidly rising costs that threaten the affordability of insurance and health care, they say, and provide peace of mind for people who lose or can’t get insurance. The latter include those who are denied policies because of a medical problem, a practice the industry has agreed to end if all Americans are insured.

Universal coverage also could help tamp down insurance increases, the administration argues. Today, hospitals and doctors often pass the cost of treating the uninsured to people with insurance by charging them higher rates.

In the current deep recession, these potential reform benefits are attractive to millions of people, polls show. But many Americans remain doubtful they’ll personally benefit from reform. Some worry that the huge cost of guaranteeing insurance for everyone will come out of their wallets or harm their coverage.

Mario Ballejof of St. Johns, Ariz., a dispatcher in the Apache County Sheriff’s office, sees pros and cons. He said, “It’s very important that Congress act because a lot of people aren’t getting the care they need, and are using hospital ERs” for health care services. But Ballejof, 43, doesn’t think there would be much in the legislation for him and his wife, who are covered by his employer-provided insurance: “I don’t see the reforms (making) that much difference to us.”

At his White House news conference Tuesday, the president hammered away at the administration’s overarching theme: that an overhaul is essential to addressing many Americans’ concerns about growing costs. “Premiums have been doubling every nine years, going up three times faster than wages,” Obama said. “So the notion that somehow we can just keep on doing what we’re doing, and that’s okay, that’s just not true.”

The next day, Kenneth Baer, communications director of the White House Office of Management and Budget, broadened the argument.

“By bringing down health care costs, by reducing waste, fraud and abuse in overpayments, the average family will save $2,500 starting in 2019,” he said in an interview. “Second, middle-class families will have real stability and security in knowing they will have real options for health care coverage if they lose their job or change jobs.”

“Even in the near term, you’re not going to have these huge increases in health care premium costs,” Baer said. “You will have savings pretty quickly.”

Gauging the impact on the middle class is challenging partly because the middle class is difficult to define by income. Economists and sociologists, for example, use definitions covering anywhere from 25 percent to 66 percent of all U.S. households and income levels that range as high as $100,000 a year or more. Looking at the question another way, the median income for a family of four is $70,354, according to the U.S. Census Bureau.

Congress and the administration are looking at a variety of means of slowing the growth in health care and insurance costs. They include advances in health information technology, research into the effectiveness of treatments and procedures and changes in the way hospitals and doctors are paid to care for some patients. Goals include reducing readmissions to hospitals and tying reimbursements to quality of care.

Many experts, including economists at the Congressional Budget Office, caution that the cost-saving fruits of an overhaul might be a decade or more away. There’s also concern that Obama’s proposal to cut more than $600 billion from Medicare and Medicaid spending over 10 years might help drive up private insurance rates. Under this scenario, hospitals and doctors absorbing cuts in these programs might charge individuals with private coverage more for their health care.

Meanwhile, critics are trying to rip holes in the Democrats’ plans and rhetoric. “I think [Obama’s] using all the buzz words he thinks people want to hear,” said Sen. John Cornyn, R-Texas, a member of the Finance Committee. “But they don’t necessarily string together in any kind of coherent fashion, nor is there any real evidence to support his conclusion that somehow this proposal is going to ultimately bend the cost curve on health care.”

Robert D. Reischauer, president of the Urban Institute and a former director of the Congressional Budget Office during the Clinton administration, says that Obama faces a timing problem. He said that while the proposed health changes could pay important dividends to the middle class in the long run, “in the short run, it’s likely that the middle class will focus on the price tag rather than benefits spinning off over a long period of time.” 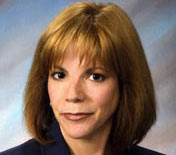 Nina Hogan, a self-employed Realtor in Mason, Ohio, is one of those who potentially could be helped by the Democrats’ proposals. At age 56, she considers herself to be relatively healthy. But an intestinal disorder and a mild case of asthma resulted in a stiff $5,000-a-year premium, a $2,500 annual deductible and annual premium increases in the neighborhood of 13 to 14 percent  all for an individual policy that she doesn’t think is very good.

Hogan is among an estimated 25 million Americans whose policies aren’t comprehensive or require substantial deductibles and co-payments. These so-called underinsured people include workers whose employers have cut back on benefits, and others who buy skimpier individual policies to save money.

Three years ago, Hogan shopped around in search of a better health plan, but quickly learned she was considered “uninsurable.” As the recession and housing slump drag on, Hogan said ruefully: “I am foreseeing the day when I will be joining many, many people I know personally who live without health care insurance. That includes my daughter and my three grandchildren.”

Yet Hogan is skeptical of reform plans because of the high cost, and she questions how quickly new legislation would produce results directly helping her. “These are all these great suggestions but is it realistic and will it happen in a year? No.”

Selling the middle class on health reform is all the more difficult because most of the uninsured, who will reap the immediate benefits, have comparatively low incomes. One third of the uninsured have incomes below the federal poverty line, or about $22,000 for a family of four; one third have incomes between $22,000 and $44,000, and the rest earn more.

In addition, the Finance Committee is considering taxing the value of individuals’ employer-provided health care benefits, a step polls show would be very unpopular. About one in eight U.S. workers who receive health benefits through their jobs  more than nine million workers  could end up paying higher income taxes on those benefits, according to a five-page finance committee document.

“There’s no question somebody’s taxes will go up,” said Nichols of the New America Foundation. “The question for the middle class is whether the net increased security, increased quality, lower administrative loads, are worth the higher tax bill for some that will come. And in many ways that is the crux of the debate we’re about to have.”