The Gold ‘N Silver Inn in Reno, Nev., has long offered health coverage to its employees — but many of the cooks, dishwashers and waiters who make close to minimum wage can’t afford the $100 monthly premium.

Last January, when Nevada became one of more than two dozen states to expand Medicaid under the Affordable Care Act, 10 of the diner’s 55 employees qualified for the government insurance program for low-income Americans.  None of them realized it, however, until the family-run restaurant hired BeneStream, a New York-based start-up funded partly by the Ford Foundation. 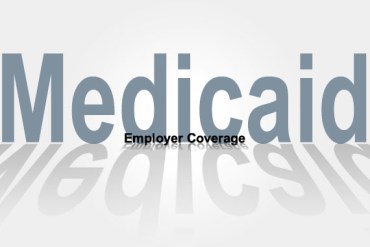 BeneStream uses software to quickly determine which employees are eligible for Medicaid, then helps those workers sign up for the state-federal health program that covers 70 million people.

The goal is to help employers and workers make the most of two key provisions of the health law — the Medicaid expansion that’s making millions of working adults eligible for Medicaid and the requirement that medium and large-sized employers provide coverage in 2015 or face a penalty.

“Most employers do not understand Medicaid and the eligibility requirements,” said BeneStream CEO Benjamin Geyerhahn. “We are a way to help employers manage this cost and resolve a big issue for their low-income workers.”

By enrolling in Medicaid, low-wage workers benefit from low- or no-cost health coverage since the program typically has no monthly premiums and few out-of-pocket costs. Employers benefit because they don’t have to pay a share of workers’ insurance premiums or risk incurring penalties.

BeneStream charges $40 to screen each employee for Medicaid and then $20 a month for each individual it helps get into the program.

While the idea of enrolling privately employed workers in government programs is not without controversy, it is legal, say experts.

“You are just helping people to get something they are entitled to,” said Timothy Jost, a law professor at Washington and Lee University and expert on the Affordable Care Act.

From a societal standpoint, however, it does raise questions about the fairness of having some employers provide health coverage to their employees, while others let the government pay for it.

Wal-Mart, the nation’s largest private employer, and several national fast food chains have faced criticism over the large numbers of their workers who turn to taxpayer-funded health care programs such as Medicaid and the Children’s Health Insurance Program. Some contend taxpayers are subsidizing the cost-cutting measures of private employers.

But Neil Trautwein, a vice president with the National Retail Federation, said that if workers and their families qualify for Medicaid and other government health programs, there is nothing wrong with having them sign up.

Employers must consider different strategies to meet the coverage mandate, he said.

“As companies are pressed by rising health coverage costs, and some will be taking it on for the first time, they will have to look at everything within their reach,” he said.

BeneStream officials say that in 2014, the company has helped over 1,500 workers at 82 firms enroll in Medicaid. It expects to sign up several times that many in 2015 as it expands from restaurants to home health and nursing homes.

This year, employers will have an even greater incentive to get workers covered when the Affordable Care Act requires those with more than 100 full-time workers to provide affordable coverage or pay a penalty of about $2,000 per worker, excluding the first 30 full-time workers. In 2016, employers with more than 50 workers will have to comply.  If workers are on Medicaid, the company is no longer on the hook for the penalty.

In November, the for-profit firm received a $1.5 million low-interest loan from the Ford Foundation to expand the company’s reach into the 27 states that have expanded Medicaid under the health law. The foundation has for years supported efforts to help eligible people receive public benefits.

“This is a great opportunity for low-income workers to receive the health security they deserve,” said Helen Neuborne, director of quality employment at the Ford Foundation.

Traditionally, most employers have done little to promote Medicaid to their workers—most likely because few would have qualified before the health law expansion.

A survey of 750 employers last year by consulting firm Mercer found just 4 percent of employers planned to provide information to employees about Medicaid.

“It’s not a big idea that most employers are thinking about,” said Tracy Watts, a senior partner in Mercer’s Washington, D.C., office.

Tammy Campbell, who handles human resources for Gold ‘N Silver restaurant, said BeneStream has saved the company money by getting 10 of its workers onto Medicaid who would otherwise have joined the company health plan or gone without coverage.

She said the process was easy. BeneStream’s representatives met with employees and had them fill out a questionnaire about household income and family size.

And the company benefitted in another way: “It’s nice to have employees show up healthy,” she said.

Might Your Workers Be Eligible For Medicaid? Start-Up Helps Employers Find Out