Is some health coverage – even if it’s extremely limited -better than none at all?

In an apparent effort to avoid having some employers end workers’ coverage, Obama administration officials this week said they will grant waivers to about 30 insurers, employers and union health plans to continue offering what are dubbed  “mini-med” insurance plans,  many of which  fall short of benefit requirements stipulated in the new health law.

Such plans are inexpensive, but they limit coverage by setting daily or annual caps, which can be as low as $100 a day for hospital care or $2,000 a year for all medical treatment.  Employees whose medical care costs exceed those limits must pay the difference themselves.

The administration granted one-year waivers. Insurers or employers will have to seek waivers again each year if they want to continue offering the plans. The waivers, the administration said, could help keep coverage for about a million employees until 2014 when much of the health law – including tax credits to help people afford coverage on their own through insurance exchanges – is implemented.

KHN’s Andrew Villegas asked two people with differing viewpoints whether such waivers are – or aren’t – a good idea. 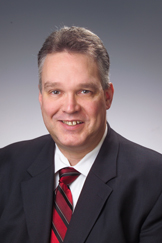 What we’re dealing with is an imperfect world between 2010 and 2014, and how you best safeguard existing coverage in this transition. For this limited-benefits coverage, also known as “mini-meds,” nobody is going to pretend that this is the best coverage around, but having that coverage beats not having any coverage. And for a lot of people, if that coverage disappears, they’ll have no other affordable alternative to turn to. So our point, which I think the administration shares, is that for the 1.4 million covered by these policies today, you want to make sure that you don’t disrupt that before 2014, when there will be more and more affordable alternatives available.

The administration has been very careful to, on the waivers from the restrictions on annual benefit limits, make them year-by-year waivers. So these are not blanket waivers, these are not eternal waivers.

When you consider that this is probably the most affordable coverage out there, the least expensive, best access coverage out there, you’re unlikely to see, even if an individual is purchasing this or this is the only thing a business can offer, if that’s not available, there’s really nothing more that they could offer.  So again you’re taking coverage away from families, not the best coverage, but important coverage.  Again, all bets are off, and in 2014, at the very minimum, everybody will have to have bronze-level coverage and it’s a different environment at that point. 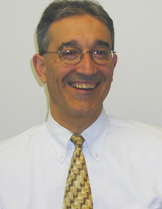 Clearly the problem with these mini-med plans is that they provide, in many instances, little coverage. And one of the goals of the Affordable Care Act is to make sure that premium dollars are used to pay for patient care, not for administrative fees, not for profits.

We do work with individuals who have incurred medical debt, and we’ve worked with a number of people who have incurred bills because they have been covered under these mini-med plans that all too often collect premiums but pay out little in claims. One of the advantages of the act is that it will create a new set of rules for insurers to play by, which will provide more meaningful protection for Americans without health insurance.

HHS is looking at this on a case-by-case basis. For some of the smaller businesses, there are provisions in place to help small businesses with the cost of health insurance, and there are tax credits that are available that provide pretty significant support for businesses and their employees who would get far better benefits than they would have with these mini-med plans.

The concern is that these plans are faux insurance, and my organization looks forward to the day when they are no longer available.