St. Paul, Minn. — Minnesota lawmakers are grappling with a new question: How close can they get to setting up a health insurance exchange without passing a new state law? 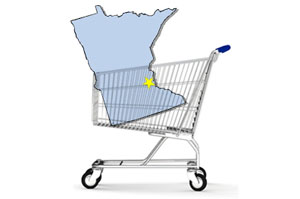 The state, which has a Democrat in the governor’s mansion and Republicans in control of both houses of the legislature, saw exchange legislation fail in the last session. And prospects for a law’s passage are not much better in the current session.

The exchanges are online marketplaces, established by the federal health law, that will allow consumers and small businesses in a given state to buy health insurance based on detailed comparisons of competing plans.

Minnesota’s Democratic Gov. Mark Dayton said last week that at some point — not necessarily this year — authorization will be needed from the state legislature to open a Minnesota exchange for business. But he also suggested that much work could be done ahead of legislative action.

“We probably don’t have the ability to implement the whole thing but we can get to the starting gate by Dec. 31st,” he said.

Minnesota Commerce Commissioner Michael Rothman said nothing in the federal health care law requires states to pass legislation to set up their state health insurance exchanges. He said the federal review will be based on other benchmarks.

“It will look at how far along we’ve built the exchange, the operations, the IT, how far Minnesota is ready and prepared to have its own Minnesota-made exchange, rather than having the federal option imposed on us and certification does not require legislation,” Rothman said.

Several other states — including Indiana, Iowa, Alaska and Mississippi –are moving forward with exchange planning without authorizing legislation.

But a key Republican lawmaker pushed back against the notion that exchange legislation is optional in Minnesota.  Sen. David Hann, chair of the Health and Human Services Committee, said the governor shouldn’t move forward on an exchange unless the legislature passes a bill authorizing one.

“If we fail to do that, that does not then result in the default position of the governor writing the law,” Hann said. “That there’s no provision under our constitution to do it and I can’t believe, and don’t accept the view that the federal government can set aside the requirements with the respect of the Minnesota constitution to lawmaking.”

The Dayton Administration has repeatedly said it wants the Republican-controlled legislature’s input on creating and designing a state insurance exchange.

Last year the legislature defeated an exchange bill, even though it was sponsored by Republicans. As this session gets underway, Republicans still appear divided. When Dayton created an advisory exchange task force last fall, Republicans refused to fill their two seats on the panel.

“Let’s have a meaningful negotiation. We’re going to bring our people, you bring your people, and we’ll start talking about it. That’s not happening,” Gottwalt said.

But all that the feds require under proposed rules is that states submit an exchange plan that satisfies four broad criteria: The exchange must be consistent with provisions of the health care law, help low-income users obtain tax credits toward buying insurance; it must serve the entire geographical area of Minnesota; and must have reinsurance — essentially a protection against catastrophic losses for insurers that sell their policies on the exchange.

The Dayton administration could meet most of those criteria without authority from the legislature, said Fred Morrison University of Minnesota law professor and an expert on Minnesota constitutional law.

“You could establish an exchange, it’s rather like an insurance brokerage; you could create the information systems that are necessary to work that exchange; and you could operate that over the state as a whole,” Morrison said. “Those three are easy.”

What is not easy, Morrison said, is the reinsurance program. That would require some taxing authority and he doubts an executive order by the governor would be enough.

There could be a way around that, however. Last year the Obama administration said state exchanges that don’t meet all the law’s requirements could win conditional certification well into next year. In addition, the federal government would help those states fill in the blanks of what they couldn’t accomplish through a state-federal partnership.

That scenario could buy some time for the Dayton administration to work with a potentially friendlier legislature in 2013, after this year’s elections.

Minnesota Plans For Exchange, Even Without New Law