ST. PAUL, Minn. — The federal government’s conditional approval Thursday for Minnesota to operate a health insurance exchange means the state has cleared a key hurdle to develop a system designed to reshape the insurance market under the health law.

Without knowing what the new plans will be required to cover, insurers say they have to hustle to develop new health plans in a matter of months, when the process would normally take at least a year.

Insurance exchanges are online marketplaces where individuals and small groups will begin comparison shopping for health insurance. Those health plans have to be ready to accept enrollment Oct. 1, 2013. While that may seem like a long way off, the deadline insurers must meet to even be considered for the exchange is months sooner. They must submit their plans to the state for approval by May 17.

Some of the federal government’s final rules may not be released until March, said Scott Keefer of Eagan-based Blue Cross and Blue Shield Minnesota.

“That really leaves a six-week period in April up until May 17 to get those products and forms and rates to the state,” Keefer said. “Everyone across the country and all the carriers in Minnesota are going to be operating in that same compressed four- to six-week time frame.” 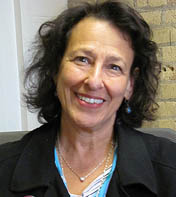 Insurers cannot sell existing plans on the exchange, because the federal health care law rewrote many of the insurance rules. “Under the new law, no individual health insurance product that exists in Minnesota today complies with what the law requires for 2014,” said Dannette Coleman of Minnetonka-based Medica.

“We literally are going to be required to revamp all of our products, rewrite all of our contracts that our members receive, re-price everything; and we still don’t have all of the answers that we need to do that work,” Coleman said.

Adding further complexity in Minnesota is uncertainty about whether the state will continue its MinnesotaCare program in some form. The state-subsidized health plan insures about 130,000 low-income Minnesotans. But under the federal health care law, the state also has the option to create a Basic Health Plan, something similar to MinnesotaCare.

Ghita Worcester of the HMO UCare said it is unclear right now which option the state will take: “There are a lot of pieces we need to know in order to get to the next phase which is what are the components internally to set up a product,” Worcester said.

Pushing back the state’s May 17 deadline or even the October enrollment date on the exchange would give the plans more time, but those delays wouldn’t necessarily be a solution. Moving those deadlines would likely mean moving others that hinge on the exchange timeline, according to Andrea Walsh of Bloomington-based HealthPartners. For example, a delay could affect the Jan. 1, 2014 start for tax credits  to help some Americans buy health insurance. 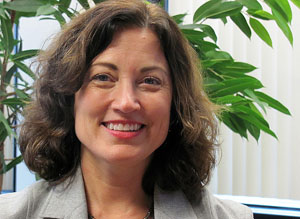 Andrea Walsh of Bloomington-based HealthPartners said moving the May 17 deadline for states or the October enrollment date on the exchange would likely mean moving other deadlines that hinge on the exchange timeline. (MPR Photo/Elizabeth Stawicki)

“The deadline is really tight for everybody. It’s tight for us, for the feds, for the state. The deadlines need to move together,” Walsh said. “You can’t move deadlines just on the exchange and not on other things.”
The time crunch is prompting some insurers and their regulators to lower expectations.

“There are going to be some problems in that first year, there’s no question about it,” said Kansas insurance commissioner Sandy Praeger, who is also past president of the National Association of Insurance Commissioners, which develops best practices for states.

Given the time crunch, it is likely there will be few, if any, insurers that submit their plans to the state early. The Minnesota Commerce Department is hiring 10 additional full-time workers to handle the likely deluge of applications arriving on May 17.