It’s been nearly five years since President Barack Obama’s healthcare overhaul was passed by Congress, but it remains a target of conservative state lawmakers intent on blocking the law.
In Missouri, the most recent attempt was introduced last week by Republican Senator-elect Bob Onder, a doctor from St. Charles.

Onder’s bill would suspend a health insurance company’s license to sell policies in Missouri if it accepts federal subsidies for policies sold through the federally run marketplace.

The goal, Onder said, is to block the “individual mandate,” a key component of the law that requires every American to have health insurance or face a fine. 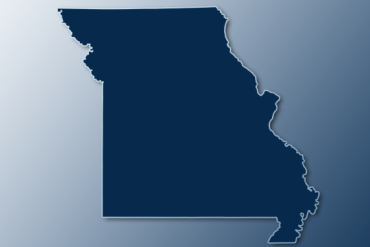 “This is to protect Missourians from the mandates and the penalties imposed by Obamacare,” Onder said.

The proposal is likely to get serious consideration from the Republican-led Legislature when lawmakers convene for their regular session in January, because Missouri has previously enacted several measures that aim to undermine the health care law.

Those include a 2010 ballot measure that sought to outlaw the individual mandate in the state, restrictions on operating a web-based exchange that sells health policies to consumers, and constraints on the counselors who are designated to help people navigate the site.

And Missouri is hardly the only state where lawmakers are seeking to block the Affordable Care Act. The National Conference of State Legislatures, or NCSL, estimates that 21 state legislatures have enacted laws that seek to challenge or opt-out of certain provisions of the health law.

But whether these policies are effective in accomplishing their goal is another question.

“It’s sort of an exercise in futility,” said Sabrina Corlette, a law professor at Georgetown University’s Center on Health Insurance Reforms. “Missouri can’t pass a law saying we are going to take an insurance company’s license away if they are complying with the Affordable Care Act.”

Onder disagrees and says these policies can have an impact on limiting the effects of the health care law.

“The states are the last line of defense against the oppressive effects of Obamacare,” he said. “That’s why bills like mine are important.”

The NCSL says 18 states, including Missouri, have passed measures aiming to completely overturn or nullify portions of the law including requirements for individuals to obtain coverage and employers to provide it.

The conference says such measures “generally do not affect federal implementation of required Affordable Care Act provisions.” But that hasn’t stopped states from fighting back and, in some cases, achieving success.

Two Missouri policies have directly affected the ability to accomplish the law’s goal of opening up affordable coverage to the uninsured, advocates say.

One is a 2012 ballot measure overwhelmingly approved by voters that bars Missouri officials from helping facilitate enrollment efforts on HealthCare.gov. That measure also banned the establishment of a state exchange unless one was approved by the Legislature or voters.

The other policy is the refusal of the Republican-led Legislature to approve expanded Medicaid eligibility to add about 300,000 lower-income Missourians to the government-funded insurance program.

Medicaid expansion was originally required under the federal health law, but the U.S. Supreme Court gave states the ability to refuse. Twenty-seven states have expanded coverage, but Missouri and others continue to hold out, citing high costs and a preference to make changes to the current program before adding more enrollees.

“Elected Republican officials are so determined to make sure the law doesn’t work that they continue to put obstacles in the way of people getting affordable insurance,” said Sen. Paul LeVota, D-Independence, who has sponsored legislation that would expand Medicaid. “(The law) will never be fully implemented in Missouri because of all these obstacles.”

When asked why he opposed Medicaid expansion, Onder listed a variety of factors including its cost. But he also said it was partly because of a desire to undermine the health law.

“A big part of my opposition to Medicaid expansion is that it is part of Obamacare,” he said. “There is no question that it being a part of Obamacare is one more way states are pushing back.”