But it’s not so easy in practice.

New reports show that two big experiments run by the health law’s innovation lab, known as the Center for Medicare & Medicaid Innovation, delivered mixed early results in enhancing primary care. The programs reduced expensive hospital visits in some cases but struggled to show net savings after accounting for their cost.

Consultants evaluated the first year’s results for the Comprehensive Primary Care Initiative, a four-year program in Colorado, New Jersey and several other states; and the Multi-Payer Advanced Primary Care Practice Demonstration, a three-year test in eight states including New York and Pennsylvania. 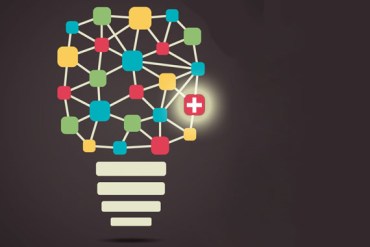 The CPC initiative cut costs by $168 per participating Medicare beneficiary, thanks largely to declines in hospital admissions and emergency visits, compared with results of practices not part of the initiative. Results were “more favorable than might be expected” in the test’s first year, said a report by Mathematica Policy Research.

But that wasn’t enough to cover the extra $240 per patient that HHS paid practices to hire extra nurses, improve electronic records, set up 24-hour call lines and make other adjustments. The goal was to identify high-risk patients, keep them on the right medicines and diets and steer them to lower-cost treatment.

“As a taxpayer — are we really making a difference?” said David Nash, dean of Thomas Jefferson University’s School of Population Health and an authority on improving care quality. “I can’t tell from this report.”

Nor was there a big change in quality-of-care indicators, such as follow-up visits after a hospital discharge and making sure patients got recommended diabetes tests. The reports gave little information on whether the added resources improved patients’ health, saying it was too soon to tell.

But those who believe medical homes, also known as patient-centered medical homes, are one answer to America’s expensive, uncoordinated health system found encouraging spots in the evaluation.

“The numbers don’t take your breath away,” said Marci Nielsen, CEO of the Patient-Centered Primary Care Collaborative, a consortium of payers and caregivers. “But … the fact that the early results look as good as they do we take to be very good news.”

Almost all practices that signed up were still participating in the $322 million CPC test at the end of the first year. The complex tasks of identifying patients who could benefit from extra management and setting up care plans “proceeded relatively smoothly in the first program year,” Mathematica said.

Other payers including state Medicaid programs and commercial insurers joined Medicare in the CPC experiments to give primary doctors extra resources to coordinate care. Together they generated substantial extra revenue — $70,045 per clinician for a median practice — for about 500 participating primary practices.

“It is especially promising to see savings from reduced emergency department, hospitalization and readmission rates so soon,” the National Committee for Quality Assurance, which certifies medical homes, said in a prepared statement. Getting medical homes to their full potential “will likely require a longer commitment to the principles of coordinated care,” it said.

Another innovation-lab model, the multi-payer primary care demo, or MAPCP, did produce a small savings for Medicare — $4.2 million — after counting extra patient-management fees, according to an evaluation by RTI International.

Although private insurers’ results aren’t included in the MAPCP evaluation, the report said some are unhappy with the program. Commercial insurers may be more impatient than government agencies to see care-coordination money for primary doctors pay off with lower overall costs.

“Payers are noticeably frustrated with the lack of data showing either a positive return on investment or an improvement in health outcomes for participants,” said the evaluation. “Multiple payers” have said they intend to quit Pennsylvania’s MAPCP test, it said.

Both MAPCP and the CPC initiative had start-up challenges involving training, communication and data management, the evaluations said.

Patrick Conway, HHS’ top innovation and quality officer, called the results “promising” in a blog post and said the cost reductions in the CPC program “were nearly enough” to cover agency fees paid to doctors for care management.

There has been little information released by HHS on another medical-home test, a three-year, $57 million experiment involving federally qualified health centers that ended last year.

The latest reports follow other research showing mediocre results for medical homes. A widely discussed study last year in the Journal of the American Medical Association found a medical-home pilot in Pennsylvania didn’t cut the overall cost of care.

But many of the medical-home experiments evaluated so far, including the Pennsylvania pilot, MAPCP and CPC, don’t include potent-enough incentives for doctors, say some reform advocates.

Rather than simply giving primary doctors extra funds to manage care, payers need to additionally reward them for cost and quality improvements and possibly penalize them for missing goals, they say. Similar incentives are found in accountable care organizations or bundled-payment arrangements that involve groups of caregivers working under a budget.

“If you change the economic incentives, you will change physicians’ practice behavior,” said Nash.

The CPC program intends to offer “shared savings” of cost efficiencies with primary physicians in its third year.

A medical-home program run by CareFirst BlueCross BlueShield in Maryland and the D.C. region that includes shared savings has more than paid for itself in total cost cutting while improving care, the company says.

After launching the arrangement for privately insured members, CareFirst got a $24 million grant from the HHS innovation lab to include Medicare patients. The company has hired outside evaluators to try to confirm its results, said Nielsen.

But she argues that cost savings aren’t the ultimate measure of medical-home success.

“If you put in incentives to save money you’re going to see practices save money,” she said. “But if all we do is save money and we don’t improve care, we’ll be cutting off our noses to spite our face.”

CPC and MAPCP are among dozens of experiments being run by HHS’ innovation center, which has a 10-year, $10 billion budget.