WEST PALM BEACH, Fla. – After his back injury kept him out of work last year, Sergio Mera enrolled his family in Medicaid, the state-federal health insurance program for the poor.

These days when they need to see a doctor, the Meras travel less than a mile from their home to a new clinic in a suburban shopping center. “They take good care of you,” says Mera, 37, as he sits in an exam room with his wife and two kids.

The clinic, affiliated with Molina Health Care, one of the nation’s largest Medicaid managed care plans, is one of  about a dozen facilities the company is opening across the country to handle a tidal wave of new customers in 2014.  That’s when about 10 million more people are expected to sign up for Medicaid managed care as a result of expanded enrollment under the federal health law known as Obamacare, and states shifting enrollees into private plans, according to Medicaid Health Plans of America, a trade group. 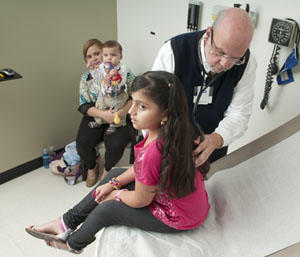 For industry titans such as UnitedHealthcare and WellPoint, as well as smaller, Medicaid-focused plans such as Molina, the Medicaid expansion is expected to bring significant enrollment and revenue growth. “This is several hundreds of billions of dollars of new market opportunity for these plans over the next couple of years,” says Jason Gurda, managing director of healthcare with investment bank Leerink Swann in New York.

The plans already cover about half of all Medicaid recipients, or almost 30 million people. The Congressional Budget Office projects that eight million people more people will enroll in the program next year, with the number growing to 12 million people by 2020, as a result of the health law.

To better position themselves for the surge – and to avoid the overwhelmed doctors’ offices which were common in Massachusetts after that state expanded coverage in 2006  — many plans are adding doctors and other staff now.

“We know demand for care is only going to increase and we are trying to build capacity to get ahead of the curve,” says Dr. J. Mario Molina, CEO of the health plan his father started in 1980 with one clinic in Long Beach Calif.

Preparations for a Medicaid managed care boom include:

–Meridian Health Plan, a Detroit-based physician-owned health plan, is allowing members to choose a nurse practitioner as their primary care provider instead of a physician, and hiring community health workers to keep them well between appointments. “We have the same concerns as everyone else – making sure patients have enough access to providers,” says President Michael Cotton.

The unprecedented enrollment growth is not without risks for the insurers, Gurda says.

Until now, most Medicaid managed care enrollees have been children, pregnant women and young parents. But many of the newly eligible will be older and some are likely to come with health needs that haven’t been addressed due to lack of coverage. “You certainly run the risks that medical costs can be higher than expected,” Gurda says.

That’s because states pay Medicaid health plans a set monthly rate per member per month.  The plans profit if they keep medical costs below that. As a result, the plans have an incentive to keep members healthy and out of the hospital.

When plans determine states are paying them too little, they pull out. For example, Centene announced in October that it would quit Kentucky’s Medicaid program, citing financial issues.  WellPoint previously pulled out of state Medicaid programs in Connecticut, Nevada and Ohio after deciding the payment rates were inadequate to cover medical costs.

To keep its members well, Centene, a Medicaid health plan with 2.5 million members in 18 states, recently started paying enrollees a few dollars each time they seek preventive services, such as $10 for an annual flu shot or $20 for an annual breast cancer screening. The money goes into an account that recipients can use to pay for utilities, transportation, baby supplies, child care or various health services.

More than 400,000 people have enrolled in the CentAccount program which paid $7.8 million last year. The idea is to avoid expensive ER visits and catch problems early before complications set in – and by doing so, reduce costs.  “It’s a way to help our members get the care they need and save money,” says Jonathan Dinesman, a Centene vice president.

Another big challenge health plans face is recruiting doctors since Medicaid pays them less than Medicare or commercial insurance carriers.  To entice more doctors to participate, the federal health law this year temporarily increased pay for those providing primary care services to the same level as Medicare rates—an average 70 percent pay raise. The pay raise lasts only through 2014 which has limited its effectiveness, Molina says. 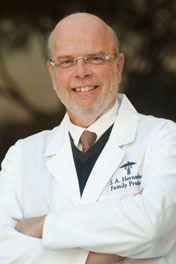 Some insurers, such as Philadelphia-based AmeriHealth Mercy Family of Companies, with about 1 million members, have begun paying doctors and hospitals bonuses to meet quality targets, such as making sure their patients take prescribed medications.  “The incentives give us added leverage with providers,” says Marilyn Eckley, senior vice president of operations at AmeriHealth Mercy.

Health plan officials say they are also trying to broaden the pool of doctors by easing administrative hassles, for instance, by making it easier to get prior authorizations for tests and providing real-time data showing which preventive exams a member needs.

Molina is building clinics with doctors on staff in areas that lack Medicaid doctors or federally-funded community health centers. It decided on the suburban West Palm Beach location after its records showed too many of its members there were using hospital ERs for routine care.

The clinic takes patients by appointment and walk-ins.  Jose Hernandez, the family physician who works at the clinic, says he joined because he enjoys caring for the poor and wanted a job closer to his home near West Palm Beach. While the clinic is still building business, Hernandez says he expects that will soon change. “This is the calm before the storm,” he says.