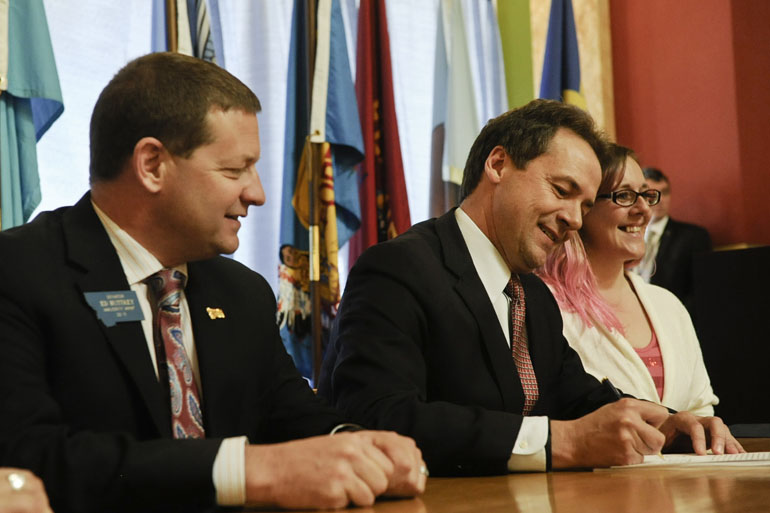 Montana’s blueprint for expanding Medicaid on terms that are palatable to the fragile bipartisan legislative majority that passed an expansion law earlier this year has been released for public comment before it is formally submitted to federal officials.

A leading expert on Medicaid waivers, however, says Montana is unlikely to get exactly what it wants.

“A waiver proposal never comes out the way that it went in,” said Joan Alker, executive director of the Center for Children and Families at Georgetown University. “All of these waiver negotiations require some flexibility on both sides.”

Montana is the only state to say yes to Medicaid expansion this year. If its plan is accepted by the federal Centers for Medicare and Medicaid Services (CMS), it will join 28 other states and the District of Columbia in accepting the health law’s federal funding to expand the joint federal-state health care program to anyone with an income below 138 percent of the federal poverty level.

But the Montana plan doesn’t offer the coverage free. Instead it would require all recipients who come into the program through the expansion to pay a premium of up to 2 percent of their income in order to receive benefits.

“Premiums are not permitted in the Medicaid program, and a state definitely needs a waiver to move forward with any premium proposal,” Alker said.

That provision was a key part of the effort to get the bill through the Republican-led legislature in a very contentious battle. A group of moderate Republicans eventually sided with all of the Montana legislature’s minority Democrats to pass the expansion plan, which its Republican sponsor says, “is not Medicaid expansion.”

CMS has approved premiums for the new expansion population in other states, but has been cool to proposals, like Montana’s, to require even those making less than 100% of the federal poverty level (about $11,800 for an individual) to pay them.

“CMS is definitely willing to approve premiums of 2 percent of income for those above the poverty line,” Alker says, but has said no to premiums for those below the line, “because there’s a lot of research showing that premiums for very low income people deters enrollment, and creates a barrier to coverage that we know will result in many people not getting coverage. And that’s why CMS has raised questions about premiums as other states have raised them.”

CMS has said yes to waivers for Indiana and Iowa that levee fees or premiums for those below 100% of FPL, but in neither state can recipients below that income level be dis-enrolled for failing to pay them.

“There is a level of concern” about CMS approving the premiums and other cost-sharing measures spelled out in Montana’s waiver request, said Tara Veazey, health policy adviser to Democratic Gov. Steve Bullock. But Veazey says she thinks they “don’t pose barriers to ultimately getting [Medicaid expansion] done for the people who need it in Montana.”

“For the Obama administration, they are obviously very interested in getting to yes on this,” agrees Alker. “They’d like more states to accept the federal dollars and close the coverage gap.”

So far, she says, “they’re six for six with states coming in to negotiate these kinds of Medicaid waiver proposals in the last two years.”

The public has 60 days to review the proposal. Montana officials are hopeful they can wrap up waiver negotiations in time to start enrolling people in the expanded Medicaid program in November and providing benefits by Jan. 1, 2016.