Moderate Republicans have outmaneuvered conservatives in the Montana legislature to give a Medicaid expansion bill here a real chance of passing. Its prospects have been in doubt since the legislative session began in January.

The bill faces a crucial debate and vote on the state House floor Thursday. If the Republicans who joined with Democrats to overcome attempts to kill it don’t stray, it has the votes to pass. Pending the governor’s signature and approval from the federal government, the bill would make Montana the 29th state – plus the District of Columbia — to expand Medicaid. 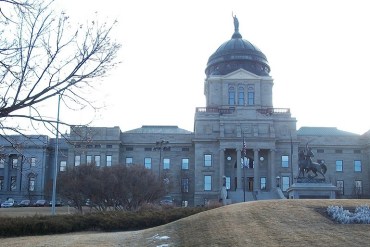 As in 2013, the last time Montana’s every-other-year legislature met, Republicans hold strong majorities in both houses. An attempt to pass Medicaid expansion in 2013 failed.

So no one was really surprised this year when Democratic Gov. Steve Bullock’s Medicaid expansion plan was shot down in its first committee hearing last month.

But a similar bill subsequently brought by Republican Sen. Ed Buttrey of Great Falls won every Senate Democrat’s support, and seven Republican votes, enough to send it to the House.

Like the governor’s proposal, Buttrey’s bill would accept federal funds under the Affordable Care Act and extend benefits to non-disabled adults without children, proposals that are non-starters for many conservative Montana Republican lawmakers. But unlike the Democratic proposal, it would require recipients to pay premiums and participate in “workforce development” programs aimed at moving people off of Medicaid and into jobs that pay enough to qualify for federal subsidies to buy private coverage on HealthCare.gov.

Buttrey’s bill faced an uphill battle when it got to the House. It landed in the same committee that killed the governor’s bill, headed by conservative Republican Rep. Art Wittich of Bozeman.

“That this compromise is widely shared is hogwash,” Wittich said after his committee heard more than four hours of testimony Tuesday. Proponents who came to speak included hospital and business interests. Opponents, organized with the help of the Koch brothers-funded group Americans for Prosperity, turned out a larger group than testified against even the governor’s bill.

“The reality is that 85 percent of the Republican caucus does not support [Buttrey’s bill],” Wittich said. “They were never consulted. They were never negotiated with.”

The committee’s Republican majority then voted to give the bill a “do not pass” recommendation on Tuesday. That meant it would need a supermajority of 60 House members to vote to keep the bill alive, an insurmountable hurdle.

That’s when Democrats fired a “silver bullet,” and hours of legislative gymnastics around arcane procedural rules over two days began.

In the early days of the legislative session in January, leaders from both parties agreed to give each other six “silver bullets” to “blast” pet bills out of unfavorable committees and onto the House or Senate floor for broader debates and votes.

House Republican leadership argued the Democrats couldn’t do that with the Medicaid bill, but eventually 11 members of their party split and sided with Democrats, bringing the Medicaid expansion bill to the full House, which will debate it and vote on it Thursday night.

Republican representatives are sure to face strong pressure to vote against the bill. Critics deride it as implementation of the loathed Obamacare. On the other hand, lawmakers have heard testimony from people like 54-year-old pizza delivery driver Max Naethe of Kalispell, Mont., who has diabetes and heart problems. He makes too much to qualify for Medicaid, but too little to get an Affordable Care Act subsidy for private insurance premiums.

“I don’t think anything Obama is a good idea,” Naethe says, but, “there are people out here whose lives literally hinge on this bill. It’s crucial that this be pushed through.”

Nor are all Montana Democrats entirely comfortable with the only Medicaid expansion bill left before them, written as it is by a Republican.

“There are lots of things in the bill that, quite frankly, I struggled to accept,” said House Minority Leader Chuck Hunter. “But I think [it’s] in the spirit of having something that works for both sides of the aisle to accept.”