A surge in health insurer competition appears to be helping restrain premium increases in hundreds of counties next year, with prices dropping in many places where newcomers are offering the least expensive plans, according to a Kaiser Health News analysis of federal premium records.

KHN looked at premiums for the lowest-cost silver plan for a 40-year-old in 34 states where the federal government is running marketplaces for people who do not get coverage through their employers. Consumers have until Feb. 15 to enroll for coverage in 2015, the marketplace’s second year.

The number of insurers offering silver plans, the most popular type of plan in 2014, is increasing in two-thirds of counties, according to the analysis. In counties that are adding at least one insurer next year, premiums for the least expensive silver plan are rising 1 percent on average. Where the number of insurers is not changing, premiums are growing 7 percent on average. 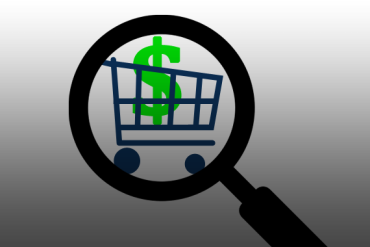 “They are moving in where they see an overpriced area,” said Gerard Anderson, a public health professor at Johns Hopkins University.

In the federal marketplaces, the average county premium for the cheapest silver plan is rising 3 percent, from $266 to $273. But it is the inverse in counties where a new carrier is offering the cheapest plan. In those counties, premiums had been high, averaging $284, but they are dropping by an average of 3 percent, bringing them in line with the national average, the analysis found.

In Clark and Harrison counties in southern Indiana, where only one insurer offered coverage this year, four more are jumping in. Monthly premiums for the cheapest silver plan are decreasing by 25 percent, with 40-year-olds paying $197 for the Ambetter plan from a Medicaid-managed care company, MHS.

“As a direct result of those new players being part of the market, they displaced what had been the lowest-cost silver plan,” said Brian Liechty, an Indiana insurance agent. “So it changed the dynamics.”

In parts of southwest Georgia around Albany, which has only one insurer on the marketplace and is the second most expensive place in the nation to buy coverage this year, one of three new carriers, Coventry Health Care of Georgia, is offering the lowest silver plan. The price in those five counties will decline 21 percent for all ages, down to $363 for a 40-year-old. Still, that premium remains higher than much of the rest of the country.

Joe Antos, an economist at the American Enterprise Institute in Washington, said carriers that avoided the rough first year were able to study what their competitors were offering before jumping in. “This was a bet that paid off,” Antos said.

Many insurers were cautious about widely offering policies in 2014 without a good sense of how much others were charging and how expensive it would be to provide medical services to new customers. UnitedHealthcare, one of the nation’s largest insurers, offered plans in only four marketplaces this year nationwide but says it is selling plans in 23 states in 2015.

United is offering the cheapest silver plans in 9 percent of the counties in the federal marketplace, more than any other company, the analysis shows. The largest 2015 premium decrease in federal marketplaces—28 percent—is occurring in three Mississippi counties where United came in and undercut the monopoly insurer.

Heather Kane, United’s vice president for exchange strategy, said many of United’s plans are HMOs with smaller networks of doctors and hospitals than what United offers through its employer plans. Kane said United structured its new plans after studying which policies from competitors were most popular.

“Consumers voted for affordability,” she said.

In Kansas, a new entrant into counties is a subsidiary of a company already offering plans. BlueCross and BlueShield of Kansas created BlueCross BlueShield Kansas Solutions, a restrictive HMO that will not pay anything for non-emergency medical services outside its service area. This subsidiary is offering the lowest cost plan in 103 Kansas counties.

“In every state it looks like more competition is coming in,” said Bobby Huffaker, CEO of American Exchange, a brokerage based in Chattanooga, Tenn.

Elsewhere, competition is not a guarantee of dropping prices. In four dozen counties where Humana is coming in to offer the lowest-priced silver plan, premiums for those plans average 11 percent higher than what is offered this year.

In Chattanooga, one of the least expensive areas this year, consumers will have to pay 16 percent more for the cheapest silver plan, offered by Community Health Alliance, even though the number of carriers doubled to four. Despite the hike, Chattanooga remains less expensive than average. Elsewhere some counties with a monopoly insurer remain cheaper than counties with two competitors.

Silver plans are popular in part because they offer consumers mid-level premiums with deductibles that are not sky high. They tend to carry annual deductibles of between $1,500 and $5,000 and require insurers to pick up an average of 70 percent of medical costs. The federal government subsidizes premiums for those earning less than four times the nation’s poverty level.

Many consumers will not benefit from the lowest-priced silver plan if they opt to keep what they currently have, because premiums are growing sharply for many of this year’s cheapest plans. Liechty, the Indiana broker, noted that changing can be complicated for consumers, particularly those that want to keep their doctors and hospitals. “Most people,” he said, “don’t want to put themselves in a situation where they have to change plans every year.”