Insurance policies that pay a lump sum if workers get cancer or another serious illness are being offered in growing numbers by employers. Companies say they want to help protect their workers against the financial pain of increasingly high deductibles and other out-of-pocket costs. But it’s important to understand the limitations of these plans before buying.

Critical illness plans have been around for decades, but they have become more common lately as employers have shifted more health care costs onto their workers’ shoulders.

Forty-five percent of employers with 500 or more workers offered the plans last year, up from 34 percent in 2009, according to benefits consultant Mercer. Employees are generally responsible for the cost of coverage, although in some cases bosses contribute to the premiums.

“What we have seen is a very clear and steady rise in the number of employers offering high-deductible plans,” said Barry Schilmeister, a principal in the health and benefits practice at Mercer. “More employers are looking at the reality of pulling back on the value of health plans but looking to offer something else that would make people feel a little more comfortable about taking on that additional risk.”

Forty-six percent of workers covered by insurance on the job faced a deductible of at least $1,000 in 2015, up from 22 percent in 2009, according to the Kaiser Family Foundation’s annual survey of employer sponsored coverage. (KHN is an editorially independent program of the foundation.)

Critical illness policies typically provide a lump sum if someone is diagnosed with cancer, heart attack, stroke, kidney failure or needs a major organ transplant. They may also pay benefits for other medical problems such as loss of vision or paralysis; plans have an average of 19 eligibility triggers, according to a market survey by Gen Re, a company that offers insurance to insurers to help manage the risk from underwritten policies. In addition, some employers also offer a policy that pays only in the event of a cancer diagnosis.

Nine out of 10 critical illness policies are sold through the workplace, according to Gen Re. These plans provide an average $15,000 payout to workers diagnosed with one of the conditions covered under the policy. Plans sold on the individual market pay $31,000 on average, Gen Re said, but applicants generally have to go through medical underwriting to qualify. Employer plans usually don’t require that. 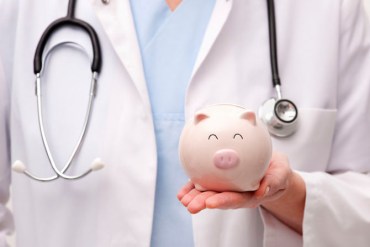 Critical illness plans, which can help workers cover their high deductibles, are being offered in growing numbers by employers. But the policies have limitations.

The average annual premium was $283 for $25,000 worth of coverage in 2013, according to financial services research company LIMRA.

In addition to deductibles and cost-sharing for pricey drugs and treatment, the payments can be used to help cover many expenses associated with serious illness that even generous employer health plans don’t cover, including travel costs to see a specialist, time off from work and extra charges for out-of-network doctors or hospitals.

But benefits from the critical illness policies can be limited by very specific requirements, so it’s important to understand the coverage before you buy. Here are some of the details to look for:

If you’ve had cancer or a heart attack in the past, check to see whether the plan will cover those conditions in your case or impose a waiting period before doing so.

“Understand that maybe not every cancer and heart attack is covered,” said Stephen Rowley, vice president at Gen Re. For example, non-invasive prostate or breast cancers may be excluded from some policies. However, a growing number of critical illness insurers are covering such early-stage cancers, said Karen Terry, assistant managing director for insurance research at LIMRA.

Rather than excluding coverage altogether, plans may make a partial payout for things like non-invasive cancer, heart bypass surgery or angioplasty.

If you get cancer a second time, will the plan pay out again, in full or in part? Does it matter if the second incidence is the same or a different type of cancer?

— Unrestricted vs. Specified Schedule Of Benefits

Critical illness policies typically pay out a lump sum to use as the policyholder wishes. Cancer policies may do the same or pay set amounts for hospitalization, chemotherapy or radiation treatments, for example.

Some plans reduce how much they pay out after policyholders turn 65 or 70.

Plans typically won’t pay benefits for 30 to 90 days after a policy becomes effective.

As people’s financial exposure for medical care has increased, “they’re really spooked, especially when they’ve had a serious illness in their family, and they know all that goes along with that,” said Bonnie Burns, a longtime consumer health advocate and a policy specialist with California Health Advocates, which assists Medicare beneficiaries. “I think these [coverage] holes are going to proliferate and people are going to fill them where they can.”

However, some researchers suggest that the increasing interest in critical illness policies does not compensate for less generous health insurance policies. “Why don’t they just offer people a better [health insurance] policy in the first place?” said Karen Pollitz, a research fellow at the Kaiser Family Foundation.