Aiming to contain health care costs, a growing number of employers and insurers are adopting a strategy that limits how much they’ll pay for certain medical services such as knee replacements, lab tests and complex imaging. A recent study found that savings from such moves may be modest, however, and some experts question whether “reference pricing,” as it’s called, is good for consumers. 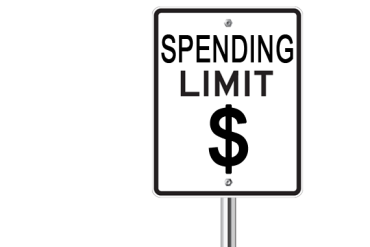 Working with Anthem Blue Cross, the agency set $30,000 as the reference price for those two surgeries in its preferred provider organization plan. Members who get surgery at one of the 52 hospitals that charge $30,000 or less pay only their plan’s regular cost-sharing.

If a member chooses to use an in-network hospital that charges more than the reference price, however, they’re on the hook for the entire amount over $30,000, and the extra spending doesn’t count toward their annual maximum out-of-pocket limit, Boynton says.

“We’re not worried about people not getting the care they need,” says Boynton. “They have access to good hospitals, they’re just getting it at a reasonable price.”

In two years, CalPERS saved nearly $6 million on those two procedures, and members saved $600,000 in lower cost sharing, according to research published last year by James C. Robinson, a professor of health economics at the University of California, Berkeley, and director of the Berkeley Center for Health Technology. Most of the savings came from price reductions at expensive hospitals.

The agency recently set caps on how much it would spend for cataract surgery, colonoscopies and arthroscopic surgery, Boynton says.

Experts say that reference pricing is most appropriate for common, non-emergency procedures or tests that vary widely in price but are generally comparable in quality. Research has generally shown that higher prices for medical services don’t equate with higher quality. Setting a reference price steers consumers to high-quality doctors, hospitals, labs and imaging centers that perform well for the price, proponents say.

Others point out that reference pricing doesn’t necessarily save employers a lot of money, however. A study released earlier this month by the National Institute for Health Care Reform examined the 2011 claims data for 528,000 autoworkers and their dependents, both active and retired. It analyzed roughly 350 high-volume and/or high-priced inpatient and ambulatory medical services that reference pricing might reasonably be applied to.

The overall potential savings was 5 percent, the study found.

“It was surprising that even with all that pricing variation, reference pricing doesn’t have a more dramatic impact on spending,” says Chapin White, a senior policy researcher at RAND and lead author of the study.

The approach is consistent with employers’ general interest in encouraging employees to make cost-effective choices on the job, whether for health care or business supplies, says Sander Domaszewicz, a principal in Mercer’s health and benefits practice.

This spring, the Obama administration said that large group and self-insured health plans could use reference pricing.

The health law sets limits on how much consumers have to pay out of pocket annually for in-network care before insurance picks up the whole tab—in 2015, it’s $6,600 for an individual and $13,200 for a family plan. But if consumers choose providers whose prices are higher than a plan’s reference price, those amounts don’t count toward the out-of-pocket maximum, the administration guidance said.

Leaving consumers on the hook for amounts over the reference price needlessly drags them into the battle between providers and health plans over prices, says White.

“You expect the health plan to do a few things: negotiate reasonable prices with providers, and not to enter into network contracts with providers who provide bad quality care,” White says. “Reference pricing is kind of an admission that health plans have failed on one or both of those fronts.”

Some experts, however, say the strategy can work for consumers.

“What I think is that reference pricing is a choice-preserving strategy, when you look at the alternative, which is a narrow network,” says Robinson.

That may be a question of semantics, if relatively few providers meet the reference price.

Recent guidance from the administration spells out some of the requirements that health plans must meet in order to ensure that there are adequate numbers of high-quality providers if reference-based pricing is used. Among other things, it suggests that plans consider geographic distance from providers or patient wait times.

Like so much about reference pricing, it remains a work in progress. The administration says it will continue to monitor the practice, and may provide additional guidance in the future.