Revolutionary new drugs are curing hepatitis C, halting a disease that can corrode the liver to the point of cirrhosis, cancer and death. But state restrictions on who can get the costly drugs are keeping them out of reach for some of the poorest patients.

Treatment with new drugs Sovaldi and Harvoni, the first reliable cures for hepatitis C, costs more than $94,000 per patient. The high price of Sovaldi drove Illinois Medicaid’s hepatitis C spending to $22 million for the fiscal year ending June 30, 2014, up from $6.7 million the previous year, according to the Illinois Department of Healthcare and Family Services. 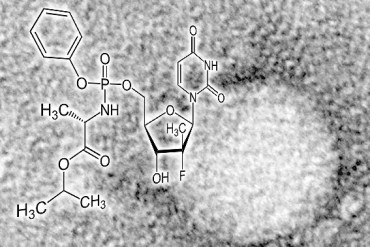 Facing higher costs, Medicaid officials stopped paying for any but the sickest patients to get the new drugs, drawing criticism from some liver doctors who have said the state is preventing them from properly treating their patients.

“There’s a difference between prescribing (hepatitis C) drugs and actually being able to get these drugs for our patients,” said Dr. Andrew Aronsohn, a liver specialist at the University of Chicago Medical Center. “It’s becoming a very complicated issue.”

The cash-strapped state faces a growing dilemma over how to balance public health and the spending of taxpayer dollars, as new specialty drugs emerge for hepatitis C and other sicknesses and more people are eligible for Medicaid under the Affordable Care Act.

In addition to limiting Sovaldi to the sickest patients, the Illinois Department of Healthcare and Family Services has set two dozen criteria for who can get the drug, including requiring that patients have no evidence of drug or alcohol abuse in the last 12 months and barring treatments not approved by the Food and Drug Administration.

Spending on hepatitis C treatment dropped from $1 million per week to about $200,000 per week after the department adopted the restrictions, said Dr. Arvind Goyal, the department’s medical director.

The state did not start keeping track of how many patients it denied Sovaldi until October, Goyal said. For the month of October, 43 of 50 patients who requested the treatment were denied, according to the department.

Thirty-six were denied because their livers were not in bad enough condition to qualify. The others’ livers were damaged enough but they failed to meet other criteria. From January through October, the state paid for 320 patients to get the new treatments, according to the department.

Goyal defends the restrictions on medical grounds, saying some patients may benefit by waiting for anticipated treatments that have higher cure rates and fewer side effects.

But patients’ livers are severely damaged by the time they qualify — some to the point of requiring an expensive transplant, Aronsohn and 17 other liver specialists said in an American Liver Foundation letter to the Department of Healthcare and Family Services in September.

“It’s a very strange conversation to say … I have a drug that’s very safe to cure this disease and I think it’d be great if you could get it, but I don’t think you’ll be able to get it because nobody wants to pay for it,” Aronsohn said.

More than 116,000 Illinoisans were estimated to have hepatitis C in 2010, according to a national hepatitis C index. The Centers for Disease Control and Prevention estimates about 3 million people in the U.S. have the disease, which is transmitted through blood.

Intravenous drug users are at the highest risk of contracting the disease, according to the CDC. Also at risk are people who had blood transfusions before 1992, when widespread screening of blood donors began. Symptoms range from abdominal pain to nausea and fatigue, and the disease can lead to complications including diabetes and skin cancer.

Past treatments for hepatitis C brought grueling side effects and offered low cure rates. Sovaldi, which came out in December, offers a cure of about 90 percent for the most common type of the disease when combined with other drugs. Harvoni, which the FDA approved Oct. 10, offers cure rates up to 99 percent and has few side effects. The Department of Healthcare and Family Services is in the process of developing new guidelines that will incorporate Harvoni, Goyal said.

All states that pay for the new drugs have restrictions on who can get them, said a spokeswoman from Gilead Sciences, the maker of Sovaldi and Harvoni. About half require that the treatment be approved by the FDA, while the others — including Illinois — further restrict treatment based on the condition of patients’ livers, according to Gilead.

“It’s been really difficult to get patients approved (for Sovaldi),” said Dr. Natasha Von Roenn, a liver specialist at Loyola University Medical Center. Von Roenn is one of the doctors who signed the American Liver Foundation letter.

Von Roenn said she has applied to the state three times for treatment for one Medicaid patient. The first time, she prescribed a treatment — a combination of Sovaldi and another pill, Olysio — that has proven effective but has not been approved by the FDA, and the state denied it. Then she requested Sovaldi and another drug. The state has not responded, she said. Recently she requested Harvoni, and is awaiting a response.

Even when patients are able to get the drugs, the state criteria create hurdles for successful treatment, Aronsohn said. Patients are only allowed to get two weeks’ worth of medicine at a time, and if they fail to refill their prescriptions, the treatment is canceled. A “once in a lifetime” provision in the criteria means that if treatment fails, the program will not pay for the patient to try again.

Some liver specialists do support the idea of limiting the drugs based on liver condition, considering the cost of the new treatments and the prevalence of hepatitis C.

Dr. Mahesh Patel, an assistant professor of internal medicine and infectious diseases at the University of Illinois at Chicago, said he would support limiting the new drugs to patients whose livers have developed the scarring that develops before full-blown cirrhosis.

“I don’t think there’s an emergency or an urgency to treat everybody,” Patel said.

But the state’s current criteria limiting treatment to patients with cirrhosis are overly restrictive, he said.

The American Association for the Study of Liver Diseases, which recommends treating all chronic hepatitis C patients, offers guidelines on restrictions. The association says patients who have developed liver scarring should be priorities for treatment, along with those who have cirrhosis and those with high risk of complications from the disease.

The standard 12-week treatment of Sovaldi and two other drugs costs $95,198, according to Gilead. Twelve weeks’ worth of Harvoni costs $94,500, according to the company. Some patients require as few as eight weeks of Harvoni, while others require up to 24 weeks.

State Medicaid programs have covered expensive specialty drugs in the past, but pharmaceutical companies have typically reserved such high costs for diseases with few patients, such as hemophilia, said Steven Miller, senior vice president and chief medical officer of Express Scripts, a national pharmacy benefit management company based in St. Louis.

“What changed when Sovaldi came to the market is this is really the first high-priced drug for an enormous patient population,” Miller said.

Express Scripts analyzed public-aid populations in each state to project spending if the states were to treat all their low-income hepatitis C patients, including prisoners. Illinois, at a projected cost of $2.3 billion, has the fifth-highest projected treatment cost. The top four are California, Texas, Florida and New York. The company estimates curing everyone in the country with state-funded health care would cost $55 billion.

A treatment for malignant melanoma released in September costs $150,000 per patient, Miller said. The company estimates a new high-cholesterol drug expected this summer will cost about $10,000 per patient, but the condition affects 71 million people, posing another potential challenge for public spending, he said.

“This new pricing regime is just not sustainable,” he said.

In Illinois, state law requires the Department of Healthcare and Family Services to restrict access to specialty drugs to limit costs. Goyal said the state created lawful restrictions and has accommodated patients, including paying for five people to get the Sovaldi-Olysio combination even though the FDA has not approved it.

“We have never lost sight of the fact that our role here is to serve our population in the best possible way that we can,” he said.

Federal law requires Medicaid programs to pay for FDA-approved drugs from certain pharmaceutical companies — including Gilead — regardless of cost, but allows states to restrict who can get them.

In some states, Medicaid officials have raised concerns that they could be sued by people denied treatment, said Matt Salo, executive director of the National Association of Medicaid Directors. Some directors are concerned that the FDA, the CDC or the Department of Veterans Affairs could become involved and force states to eliminate the cost-saving restrictions.

“On some level it’s hard to complain, because they’re actually creating needed cures,” Salo said. “… But with the price that it’s currently at, we simply can’t afford to provide it to everybody who needs it.”