Four companies running urgent care centers in New York have agreed to disclose more fully which insurance plans they accept, following an inquiry by the state’s attorney general that found unclear or incomplete information on their websites that could result in larger-than-expected bills for consumers.

The agreements mark the first enforcement action brought under New York’s new “surprise medical bill” law, seen as one of the broadest in the nation. The law aims to reduce the number of consumers who get such bills when they unknowingly see providers who are not part of their insurance plan networks. 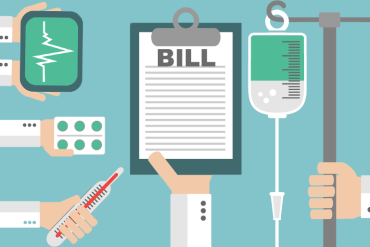 Although many consumers don’t realize it, visits to urgent care clinics can lead to such out-of-network bills.

In July, New York Attorney General Eric T. Schneiderman sent strongly worded letters to about 20 urgent care clinics, asking for more information. Some of their websites, the letters noted, could be improperly listing which health plans they were part of, potentially a deceptive business practice. Similar concerns have been raised by advocates in other states, who note that urgent care centers often say they “work with” or “accept” insurance, but do not clearly say whether that they are part of particular insurers’ networks.

Such statements “may lead consumers to believe that an out-of-network urgent care center is … ‘in network’ with their health plan,” the July 2 letters said.

That’s key because consumers who go to clinics that aren’t part of their plans’ networks might owe the balance between clinic charges and what their insurers pay toward out-of-network visits, sometimes resulting in large bills.

Those bills, also known as “balance bills,” are part of the complex way that health care is paid for in the U.S. They occur because insurers form networks of doctors, hospitals and other providers  who have agreed to negotiated rates, which are generally lower than their usual fees. Patients who go outside the network for care – because they want to, don’t know or are seen by an out-of-network provider while at an in-network facility – are subject to balance billing.

Although such bills have long led to consumer complaints, relatively few states have addressed balance billing except for emergency room care.

After review of responses to its July letters, the Attorney General’s office decided the information from the four companies, which have more than a half a dozen facilities altogether, was unclear, incomplete, or not specific enough.

Under the agreement announced Friday, those owners will specifically list all the health plans they contract with as in-network providers and stop using the terms “works with” or “accepts.” They must also clearly explain that if they are “out of network,” the consumer could incur higher charges.

New York’s “surprise bill” law went into effect in March, imposing new requirements on hospitals, doctors and other medical providers. Among other things, the law requires that most health groups and facilities disclose in writing or on their websites the names of the health plans with whom they participate.