In January, more than 350,000 lower income New Yorkers began paying $20 a month or less for comprehensive health insurance with no deductibles and low copayments, under a federal health law program. Minnesota has similar coverage in place through the same program, with more than 125,000 enrollees.

The two states are using a provision of the health law to create a “basic health program.”  And even though the coverage is significantly more affordable than the alternative — subsidized marketplace plans — health policy experts say it’s unlikely other states will follow suit.

“The fact that the basic health program is likely not going to be adopted by other states means that a lot of people probably aren’t going to be helped who could be,” said Jennifer Tolbert, director of state health reform at the Kaiser Family Foundation. (KHN is an editorially independent program of the foundation.)

The option is generally aimed at people just above the Medicaid cutoff, with incomes up to 200 percent of the federal poverty level ($23,540 for an individual) who would otherwise qualify for subsidized coverage on the health insurance marketplaces. Low-income legal immigrants who are not eligible for Medicaid because they haven’t been in the country for five years, however, also can join.

Like marketplace plans, basic health program plans have to cover the 10 essential health benefits and have to be at least as affordable as those plans. The states contract with plans to run the program. To fund it, the federal government pays states 95 percent of the amount it would have paid marketplace insurers in premium tax credit and cost-sharing subsidies for those consumers.

Consumers who are eligible cannot instead go to the marketplace to get subsidized coverage. But these basic plans are a better buy than marketplace plans — even when those plans have a premium tax credit and cost-sharing subsidies. 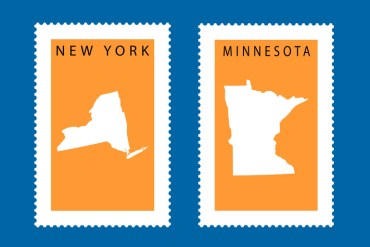 “For those who are getting close to 200 percent of the federal poverty level, the premiums and particularly the deductibles [of marketplace plans] are very challenging for people to pay,” said Tolbert, who co-authored a paper about the basic health program.

In New York’s Essential Plan, as the state’s version is called, someone with an income of $23,540 would pay a monthly premium of $20 for a plan with no deductible and $15 copayments for primary care doctor visits. Maximum out-of-pocket spending for the year would be capped at $2,000. (People with lower incomes would generally have no premiums, no copayments for doctor visits and maximum out-of-pocket spending of $200 annually.)

Contrast that with the least expensive standard silver-level marketplace plan in New York County available to someone with an income of $24,000, who is just slightly above the limit for the Essential Plan. Even with a $237 premium tax credit, the monthly premium is $131. After incorporating cost-sharing reductions, that buys a plan with a $1,500 deductible and $30 copayments for primary care doctor visits (after the deductible is paid down). The maximum out-of-pocket spending limit: $5,450.

“Even though marketplace subsidies are incredibly generous, at 175 to 200 percent of poverty you don’t have an extra $100 a month to spend on health insurance,” said Elisabeth Benjamin, vice president of health initiatives at the Community Service Society of New York, an advocacy group.

In addition, consumers on the basic health plans don’t have to reconcile how much they received in subsidies against what they should have received at tax time.

Also, under the basic health program, states have more flexibility to cut costs by adjusting plan payments and reimbursements to doctors, hospitals and other providers to lower rates than they receive from marketplace plans.

So why aren’t more states putting a basic health program in place? Experts say it makes more sense in some states than others. New York and Minnesota, for example, were already providing Medicaid coverage to many people now eligible for the basic health plan. For those states, and a handful of others with more comprehensive Medicaid coverage, moving residents from the Medicaid program, where the state pays about 50 percent of the cost of coverage, to the basic health program, where the state pays just 5 percent, could be an attractive proposition. (New York had an added incentive because for more than a decade it has been paying the full Medicaid cost for low-income legal immigrants following a lawsuit.)

But even a 5 percent payment responsibility gives many states pause. Instead, some may be eyeing other strategies to improve coverage and affordability for lower-income consumers next year using the state innovation waiver program, under which they could receive 100 percent of the marketplace subsidy amounts.

In addition, people with incomes under 200 percent of the federal poverty level make up as much as two-thirds of marketplace enrollment in some states, according to an Urban Institute report. A smaller marketplace might be less attractive to insurers and result in fewer, more expensive offerings.

“If you pull those people out, you’ve decreased the size of the marketplace significantly, and that has the potential to change way the insurers look at it,” said Linda Blumberg, a senior fellow at the Urban Institute’s Health Policy Institute.