AUSTIN, Texas — When Jennifer Nechetsky Maupin’s son was diagnosed with autism in May 2014, she and her husband quickly started looking into early intervention therapies for him.

Their employers’ insurance plans offered limited coverage, so for 2015 the Houston family purchased an individual plan for their son on the marketplace set up by the federal health law. Because Texas mandates that individual plans must cover applied behavioral analysis (ABA) therapy, other parents of autistic children have made a similar choice. But many of those families are facing difficulties finding adequate coverage in 2016. 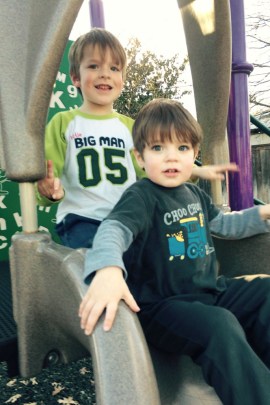 The Maupins chose a preferred provider organization (PPO) plan, which covers some of the cost of doctors and hospitals that don’t have contracts with the insurer. Since they opted for an out-of-network therapist, that meant higher out-of-pocket payments, but the plan’s partial coverage made the intervention therapy affordable, and their son began to make strides.

“He went from a 2-year-old speaking three words, a kid we thought was significantly delayed, to a kid with normal language who is cognitively ahead,” Maupin said of her son.

But 2016 brought some major changes to the individual marketplace and they don’t have the same option this year. Most major insurance carriers in the state have done away with PPO plans and have replaced them with options that provide no coverage for out-of-network care, such as HMOs. Insurers said the move came after heavy losses from large numbers of high-cost enrollees buying individual plans and a shortfall in payments expected from the government.

The new, narrower networks often mean families are losing access to therapists and providers they have used for their autistic children.

Many Texas providers, from neurologists to behavioral therapists who treat autistic children, are not part of the HMO plans. These insurers often do offer waivers if there are no providers in network within a reasonable distance, but many parents have said the waiver process is complicated and contentious.

While every autistic child has different treatment needs, many autistic children rely on multiple providers for occupational therapy, speech therapy and applied behavioral analysis. Providers licensed for that therapy may charge anywhere from $60 to $150 an hour. Because the ABA is evidence-based and has been linked to gains in social function and IQ, autism advocates have successfully lobbied to mandate its coverage through individual insurance plans in the District of Columbia and 43 states, including Texas.

Employer plans generally do not come under the states’ requirements to cover expensive autism therapies, so families often choose to buy individual plans for their children in those states. Insurers say that trend is among the factors driving up their outlays in marketplace business.

“The cost of individuals enrolling on the market far exceeded expectations,” said Clare Krusing, director of communications for America’s Health Insurance Plans, a national trade group. “What compounds the problem is that some co-ops failed as well, so plans had to take on the risk associated with new enrollees.”

Krusing said that another blow to insurance companies was a drastic reduction in expected federal payments as part of the Affordable Care Act’s premium stabilization program. That is supposed to help insurance carriers for several years during the health law transition, in part by transferring funds to individual marketplace insurance plans that are not making money.

“Plans will receive 13 percent of what they were owed,” Krusing said. “Every plan is impacted by that shortfall and has had to reevaluate their participation in the marketplace.” 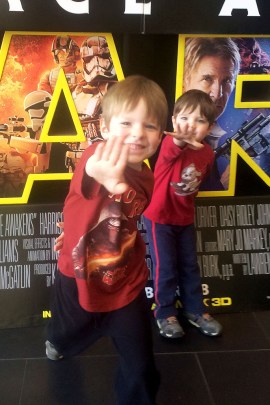 The problems have been big in Texas. “Texas is particularly problematic for the insurance companies in terms of losses,” Justin Boulet, an insurance broker in Houston who works with families with special-needs children, wrote in an online forum. “The individual insurance market in Texas is suffering traumatic financial loss that is completely unsustainable long term.”

Blue Cross Blue Shield of Texas, one of the carriers that eliminated its PPO marketplace plans, was candid about the decision.

“The reality is, our individual policies just weren’t sustainable,” Dr. Dan McCoy, chief medical officer for the company, said in a video addressed to customers posted online Dec. 4. “We experienced significant financial losses … if we continued to offer the individual PPO, we’d have to raise those rates as well as the rates for all of our individual plans. Our competitors are facing the same dilemma … in fact, no one is offering a broad individual PPO anywhere in Texas anymore.”

Since the release of McCoy’s video, at least one carrier, Humana, did offer a broad individual PPO plan in some Texas counties. But the costs associated with that plan are high — an out-of-pocket maximum of $25,800 for out-of-network providers — which makes it unaffordable for many families.

And all these changes come at a time when more children than ever — 1 in 45 — are being diagnosed with autism.

For Carol Markes, a Dallas-area parent who bought her autistic son an individual PPO marketplace plan in 2015, the changes in the marketplace plans meant suddenly losing access to her son’s general neurologist, the neurologist that deals with his epilepsy and his primary care doctor — all providers who had been in network.

“My husband is an independent corporate contractor and I substitute teach when I’m not at home because of my son’s many issues,” Markes said. “We simply cannot lose all his doctors! This is crazy!”

“It’s pretty drastic,” Lee Spangler, vice president of medical economics for the Texas Medical Association, said of the insurance company changes. “The ACA says a carrier can’t turn someone down for a preexisting condition. But these new narrow networks — that’s the new medical underwriting.”

Many parents say they will find ways to adjust. Markes and her husband opted to buy a small group plan for his business that would cover their son’s providers. That means their insurance costs will increase by 35 percent in 2016, but it also means all of their son’s doctors are in network.

Other parents, like Dallas residents Jill Albright Briesch and her husband, have decided to simply pay out of pocket for certain therapies. For Jill Briesch that also means picking up more work as a CPA to cover the bills for her two sons, Alexander and William, both of whom are on the autism spectrum.

“We’ve absorbed $1,100 a month in in-home ABA,” Briesch said. “Our speech therapist is out of network, and we just pay her.”

Briesch knows that her family is lucky to be able to make that kind of decision; many cannot.

“Texas is a very difficult state to live in if you have a child with autism and you’re not really rich, or really educated,” Briesch said.

She also lamented that the current policies are short-sighted. “Early intervention saves hundreds of thousands of dollars on the back end by improving [autistic] people’s life functionality,” she said. “If you can get even 25 percent of them to function as normal adults, you’re saving money. If they end up needing 24/7 supervision, the state doesn’t even want to know how expensive that will be.”