Organizations that received the latest round of health law navigator grants say last week’s letter from House Republicans could have a chilling effect on efforts to hire and train outreach workers to sign up Americans for health insurance by Oct. 1, the opening day for  new online insurance marketplaces.

The letters were signed by 15 Republican members of the House Energy and Commerce Committee and requested that the organizations provide extensive new documents about their participation in the program and schedule a congressional briefing by Sept. 13.  The letters went out to 51 organizations–including hospitals, universities, Indian tribes, patient advocacy groups and food banks—out of 104 that shared $67 million in grants. 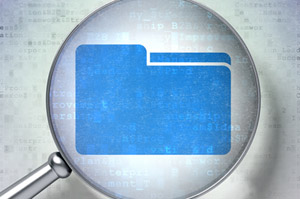 “I find the letter quite offensive,” says Lisa Hamler-Fugitt, executive director of the Ohio Association of Foodbanks, which received a $1.9 million grant. “It is shocking. It is absolutely shocking.”

The organizations, all in states where the federal government will be setting up insurance marketplaces, are already under a difficult time crunch, with just six weeks from the time they received the grants to hire, train and prepare outreach work forces.

“Was this an attempt by members of the committee to basically stop and slow down the navigator process?” Hamler-Fugitt says. “We’re going to stop now and pull together voluminous documents to provide back to the committee?”

Some of those documents don’t yet exist, she says. “We weren’t required to provide position papers, salary ranges, privacy policies or procedures. You don’t do that until you know that you got the award.”

The Obama administration used stronger language in describing the letter last week, characterizing it as a “blatant and shameful attempt to intimidate.”

The letter says the Energy and Commerce Committee is seeking the information, “in order to better understand the work that you will perform as a Navigator and the consumer protections that will be in place before open enrollment begins.”

The committee also requested copies of all communications between the navigator groups and any government agency about the grant.

“It’s going to be very, very time consuming at the very time we’re trying to get our [organization running]. No one’s even been hired yet,” Hamler-Fugitt adds. “Not one penny has been drawn on this grant.” Some of the smaller nonprofits that are part of the food bank’s network of local organizations slated to do the outreach, she says, may withdraw from the program entirely.

The letters, dated Aug. 29, were emailed to organizations that won grants about two weeks earlier in Arizona, Florida, Georgia, Indiana, Louisiana, Missouri, New Jersey, North Carolina, Ohio, Pennsylvania and Texas. Those states make up just over 60 percent of the total grants for the program. The committee’s website says letters were sent to all the organizations receiving grants in these states “to achieve a broad sampling.”

Kathleen Gmeiner, a project director at the Universal Health Care Action Network of Ohio, a state advocacy group, questioned the need for oversight from the committee at this point because there hasn’t even been time for wrongdoing on the part of grantees. And compiling all of the requested documents, Gmeiner says, will “take at least one of their administrative people completely out of commission from doing what they’re supposed to be doing.”

Anne Dunkelberg, associate director of the Center for Public Policy Priorities in Texas, says the letters are inappropriate, and represent a congressional overreach into the relationship between the federal government and contractors. “This is as if a congressional committee had sent a letter to every doctor in Texas who takes Medicare,” she says. “These are organizations that are used to being completely buffered from politics. It’s not their bailiwick to get caught up in some kind of political show.”

Patsy Dowling is the executive director of Mountain Projects Inc., a 130-employee nonprofit that won a $360,000 grant. The group provides Head Start classes, housing assistance and senior programs to rural residents of Western North Carolina. Dowling’s been working with government grants for 20 years, but this is the first time she’s ever received a direct inquiry from Congress.

“It’s a lot of red tape,” she said Wednesday, right after her initial orientation call with the Centers for Medicare and Medicaid Services. “To be honest, I don’t know that I have everything.” Nonetheless, she says she’s determined to continue moving forward on the grant and says she’ll be working overtime this week and over the weekend to compile the necessary documents.