Federal officials said today that during the first week of open enrollment for the health law’s online marketplaces, 462,125 people selected health plans, with just over half of those return customers.

The figures were the first weekly snapshot promised by the Department of Health and Human Services to provide details about exchange enrollment.  The figures are preliminary and cover enrollment from Nov. 15 through Nov. 21 in the federal exchange, used by residents of 37 states. 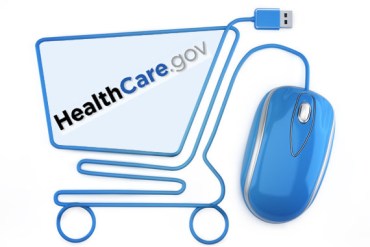 The remaining states and the District of Columbia run their own marketplaces and their information was not included. The figures may fluctuate from week to week based on a variety of factors, such as consumers changing or canceling plans, officials said.

HHS Secretary Sylvia Burwell called the numbers “a solid start” but added the agency has “a lot of work to do every day between now and Feb. 15” when  open enrollment ends.

The first week’s tally was a dramatic improvement over last year’s, when healthcare.gov‘s myriad computer problems caused the site to malfunction for millions of people. Some state exchanges also had problems, hindering enrollment efforts.

During a call with reporters, HHS officials said now the website would be able to withstand peak demand periods, such as those predicted for Dec. 15, when consumers must sign up and pay their first month’s premium if they want their coverage to begin Jan. 1, and for Feb. 15 when the 2015 enrollment period ends.

Today’s report noted that the average wait time for the federal exchange call center was just over three minutes and that more than one million consumers had submitted applications for coverage.

HHS officials also announced new partnerships aimed at boosting enrollment. Deals with Westfield Shopping Centers, the National Community Pharmacists Association and the XO Group, which owns popular websites such as The Knot, are part of the agency’s efforts to reach more consumers and provide them with information about the health law.

Nearly Half A Million Select Obamacare Plans Through Healthcare.gov In First Week