Medicare’s largest effort to pay hospitals based on how they perform — an inspiration for key parts of the health care law — did not lead to fewer deaths, a new study has found. 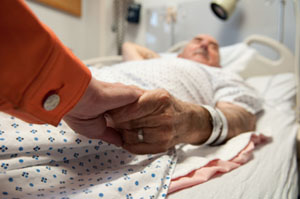 The study casts doubt on a central premise of the health law’s effort to rework the financial incentives for hospitals with the aim of saving money while improving patient care. This fall, Medicare is going to start altering its payments to more than 3,000 hospitals based on how patients rate their stays and how completely hospitals follow a handful of clinical guidelines for basic care.

That effort, the Hospital Value-Based Purchasing Program, is modeled on a six-year project called the Medicare Premier Hospital Quality Incentive Demonstration (HQID). Between 2003 and 2009, the 252 hospitals participating in the program were measured on three-dozen performance metrics, including their mortality rates for heart attack and heart bypass surgery. Those that did best earned bonuses, and those that did the worst lost money.

“Pay for performance is really important,” said Ashish Jha, a professor at the Harvard School of Public Health and lead author of the study. “This says to me that we haven’t figured out the pay part, or the performance part.”

The study’s findings are at odds with the way the Premier healthcare alliance has portrayed the project. On its website, Premier, which oversees quality improvement efforts for its membership of hospitals and health systems, estimated the project saved the lives of 8,500 heart attack patients over five years.

Blair Childs, a senior vice president at Premier, said it wasn’t surprising that the Premier hospitals didn’t prevent substantially more deaths from heart attacks and heart bypasses because there were so few deaths to begin with.

Childs also said that lowering mortality wasn’t the primary goal of the demonstration project. Most of the quality metrics look at whether hospital staff performed particular procedures, such as giving heart attack patients a beta-blocker on arrival and discharge. By those standards, the Premier hospitals surpassed other hospitals, he said.

“The goal of HQID was to determine whether incentives would improve care processes in hospitals and it did do that, there’s no question,” Childs said.

Childs agreed with the New England Journal article that focusing on these “process” measures may not be the best way to actually improve patient outcomes. He said a current project Premier is running called Quest among 293 hospitals has found that a better way to reduce mortality is to focus on preventing septic shock, when the bloodstream is infected with bacteria, and respiratory conditions such as pneumonia in patients on ventilators.

In a statement, The Centers for Medicare & Medicaid Services said: “The Premier demonstration was an effort under the last Administration, separate from the value-based purchasing model that we’re implementing into Medicare’s hospital payment system. Our model for improving quality in hospitals is much more aggressive, covering all hospitals and including both incentives for hospitals that do well on quality metrics, and consequences for hospitals that do not improve.”

CMS has said it eventually wants to tie hospital payment to actual outcomes. But in the value-based program’s first year, process measures will account for 70 percent of hospitals’ financial incentives, with patient satisfaction scores making up the rest. In the second year, starting in fall 2013, Medicare will take into account mortality rates for three conditions—heart failure, heart attack and pneumonia. But process measures will continue play a dominant part in judging hospital performance.

In an interview, Jha cautioned Medicare against making hospitals accountable for too many different things, diffusing their focus on the ones that matter most. For instance, he said, one of the measures Medicare is using—what percent of patients received written instructions about how to take care of themselves after discharge—has been shown in studies to have no effect on whether patients are readmitted.

“At the end of the day, you are going to ask people to make improvements and you want them to focus on what’s important,” Jha said. “And if you give them 18 different metrics and some are easy but not that important, and some are hard but important, people are going to naturally gravitate toward what’s easy and you’re not going to have meaningful impact.”

Chas Roades, chief research officer at The Advisory Board Co., a consulting firm, said he believes Medicare’s new effort will improve quality in the long-term. But he cautioned that it may take a while. “Like most of these kinds of quality improvements, I think the early gains are going to be the very low performers, and less about the top performers improving even more,” he said. “What I think it will do in the reasonably near term is reduce the spread between the worst performers and the best performers, mostly by pulling up the bottom.”

Dr. Donald Berwick, the former CMS administrator, said he hadn’t read the study and thus couldn’t comment on it. But he said that “conceptually,” paying for performance “has to be the right way to go” because the current system of reimbursement for procedures has proven not to work. Getting the right measurements will be crucial, he said. “The angel may be in the details,” he said.