More people who are overweight or obese may get screened for diabetes under new guidelines released this week by a panel of prevention experts. Those whose blood sugar is higher than normal now can be referred to nutrition and exercise counseling without paying anything out of pocket for it.

“Obesity and overweight have been risk factors all along for diabetes,” says Dr. Wanda Filer, president of the American Academy of Family Physicians. “But we haven’t had guidelines that actually said, ‘Screen those folks.’” 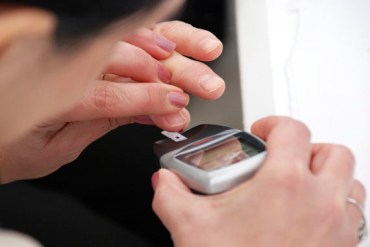 Under the health law, insurers have to cover preventive services that receive a grade of A or B from the U.S. Preventive Services Task Force, an independent panel of experts, without charging patients.

The new guidelines update the task force’s 2008 recommendation, which advised screening asymptomatic adults if they had high blood pressure. After reviewing the evidence on which this recommendation was based and incorporating findings from new studies, the task force concluded that there is a moderate benefit in screening a broader pool of people for abnormal blood sugar levels, including adults between the ages of 40 and 70 who are overweight or obese. The task force also concluded that the evidence is now sufficient to recommend lifestyle interventions such as diet and exercise counseling as a way to prevent or delay the development of diabetes.

In the past, Filer says, if a 55-year-old patient was overweight and she wanted to order a blood glucose screening test, some insurers balked at covering the test. She would sometimes have to justify it by stating that the patient was complaining of fatigue, for example.

Now, insurers must cover the screening tests as well as counseling at the primary care practice office or off site at a hospital or elsewhere in the community.

“Health plans were generally supportive of this recommendation, although there are concerns about the lack of direct evidence that measuring blood glucose leads to improved health outcomes,” said Clare Krusing, a spokeswoman for America’s Health Insurance Plans, an industry trade group.