The Patient-Centered Outcomes Research Institute, one of the new entities created by the 2010 health law, asked the public last week to help them define the organization’s mission. 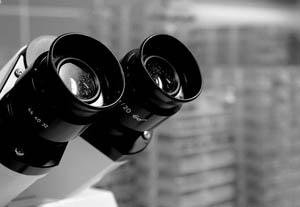 The move follows the controversy that arose around comparative effectiveness and health care rationing during the 2009 health care debate, which led Congress to add a provision into the health law limiting the institute’s mandate. Under the law, PCORI cannot produce research that mandates “practice guidelines, coverage recommendations, payment, or policy recommendations.” What PCORI should research was left vague enough that the group has spent much of its first year seeking a definition.

PCORI is an independent non-profit created to study the clinical effectiveness of different health treatments. Initial funds have been appropriated through the health law, and the group’s annual budget will rise from $50 million in 2010 to as much as $650 million by 2013.

Last week, PCORI posted a document on its website “Seeking Public Input on definition of Patient-Centered Outcomes Research” and asked people to fill out a survey to help define what “patient centered outcomes research” should mean.

Supporters of PCORI say the organization is making sure all points of view are considered. “I think it’s very reasonable” to ask for public input on definitions, said John Santa, director of the Consumer Reports Health Ratings Center. “PCORI has a very complex task. Their statute seems complex to me – filled with interesting tasks and definitions. I can only imagine how hard it is to figure where they ‘fit.’”

Robert Dubois, chief science officer at the National Pharmaceutical Council, added that PCORI’s definition will be “a Rosetta Stone for the type of research they want to pursue so it’s very important they get it as correct as possible.”  The final definition will have a huge impact on where the entity allocates its millions of dollars in research, said Dubois, whose organization represents health care companies conducting comparative effectiveness research.

Comparative effectiveness research has been considered one of the keys to achieving cost savings in health care by providing better information to patients and health care providers on which treatment options are the most effective and potentially the least expensive. Among the kinds of treatments PCORI might study is whether or not surgery or physical therapy is a better option for a spine injury or whether or not taking antidepressant drugs can help some people improve work productivity.

At a press conference in 2009, when President Obama was explaining why the health law should pass, he noted that consumers could start paying less for comparable medications as a result of health reform. “If there’s a blue pill and a red pill, and the blue pill is half the price of the red pill and works just as well, why not pay half price for the thing that’s going to make you well?” he asked.

A PCORI spokesperson wasn’t available for comment at press time.

New Health Agency Asks Public “Who Are We?”