Leslie Ziegler was, as she puts it, “uninsurable.”

The 31­-year­-old high-­tech entrepreneur and consultant was diagnosed in her 20s with ulcerative colitis, a chronic disease associated with inflammation and ulcers in the large intestine. It has no known cause or cure. Treatment includes expensive medication and, sometimes, costly surgery.

Soon after the diagnosis, she left her job at a startup to help start Rock Health, a San Francisco-based program that mentors budding health companies and provides early funding. The new job didn’t come with benefits, so she looked at her health­ insurance options on the individual market. They were, in a word, bleak.

One carrier told her they’d be more likely to cover her if she’d already had a colectomy, a surgery to remove part of the colon. They didn’t want to be on the hook for that procedure, which can cost thousands of dollars. The others just told her they couldn’t help.

“I was denied coverage by every single major insurance company,” she said.

At the time, she was able to get on her partner’s insurance plan, but when they broke up, she was on her own for coverage. Demoralized by her past encounters with insurance companies, she waited for open enrollment to start for plans on Covered California, the state’s health insurance exchange. 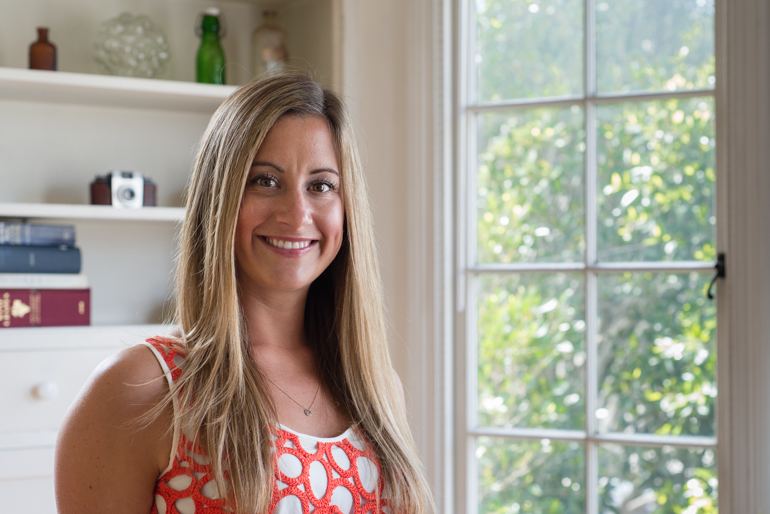 Tech entrepreneur Leslie Ziegler at her apratment in San Francisco, California, on May 19, 2014. The 31-year-old has ulcerative colitis and says every major insurance company denied her coverage because of her chronic disease (Photo by Heidi de Marco/KHN).

Now, because of the federal Affordable Care Act, insurance companies can’t refuse people coverage or charge more because of pre­existing conditions, and consumers have more flexibility in how they shop for health insurance.

Signing up for Obamacare has freed Ziegler from needing to be tied down to a job or a relationship to get coverage for her chronic condition. Before, she always had to factor in her potential out­-of­pocket healthcare costs when considering taking on new projects that didn’t offer insurance, although she’s healthy otherwise she says.

She now the founder of an insect­ protein­ based food startup dubbed Bitty Foods and an advisor to several health care companies.

“I’ve always felt a little chained to jobs because of my condition. And having the freedom and peace of mind to know that I have access to healthcare any time I need it…is a wonderful thing,” she says.

Recently the White House launched #GeeksGetCovered, a campaign specifically targeted at Silicon Valley ­types. Some preliminary evidence suggests that being able to access affordable health insurance through avenues other than an employer could boost entrepreneurship.

Health reform hasn’t changed the reality that most Americans receive insurance through their employers, who largely dictate which insurance plans employees can access. But it did help ease the shift away from group plans brokered by employers to an online individual market where consumers can directly purchase plans that fit their specific needs.

People like Ziegler represent the future of the individual health ­insurance market in which consumers increasingly will shop for deals aided by government-­run marketplaces like Covered California or HealthCare.gov or private brokers.

At the same time, more data will become available data on pricing and outcomes, insurance and government experts say. If people don’t like the plan they buy initially, they’ll switch, just like they might ditch a shoddy cellphone carrier. 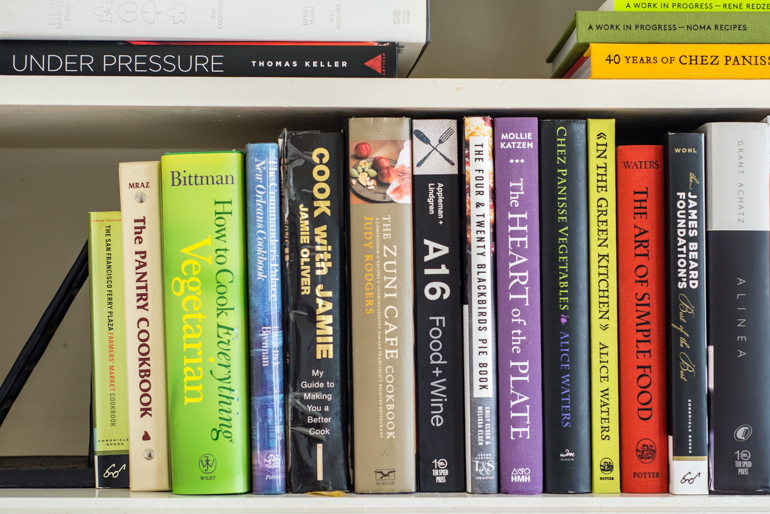 A set of cookbooks sit in Leslie Ziegler’s pantry. Ziegler changed her eating habits to try and get her ulcerative colitis under control. (Photo by Heidi de Marco/KHN).

“The availability of data…allows us to create products that allow people to make better decisions in almost every circumstance,” says Bryan Sivak, the chief technology officer at the Department for Health and Human Services. And as a result, companies “will have to compete on the things that matter to people.”

Like many technologically inclined patients, Ziegler is generating her own data, equipping herself with a bevy of apps, gadgets and services — including activity trackers and food logs. She’s been able to use that data to pinpoint the foods that make her bowel flare — arugula, dairy, beer, and rice, to name a few.

“I’m really, really healthy. I self­-tracked myself for a year to figure out what caused problems. I’m like a highly motivated person and none of that mattered [before] when it came to actually getting an insurance policy,” she said.

Soon after open enrollment started in October, she started looking for a plan that would cover medication for her ulcerative colitis, which can cost hundreds of dollars per prescription, and give her access to a gastroenterologist.

Her experience on the Covered California website was good, she says. It took her about an hour to zero in on Blue Shield plan and sign up. She’s paying $400 a month.

Later, she found out her gastroenterologist, who she’d been with for five years and had diagnosed her condition correctly, didn’t take her new plan. She’d spent hours researching her options, but the information on which specialists were available under Blue Shield plan wasn’t clear or easy to find on the company’s website, she says.

“It was really upsetting,” she said.

She was in luck, however. One of her clients is a new organization called Better, a subscription­based health “personal assistant” service that helps consumers navigate the healthcare system online. Though the service, she found a new specialist and got help filling her prescriptions. The transition has been seamless, she says, because Better took care of transferring her electronic medical records to her new provider.

Despite the initial hassle, the Affordable Care Act and her online “personal assistant” have been life­ changing, Ziegler said.

“There’s no way, I would be able to have this degree of flexibility to work with so many companies if I didn’t have it.”

When it came time to re-enroll for 2015, Leslie Ziegler decided not to use an insurance broker. “I did all of the insurance renewal myself,” she said. She chose Blue Shield and opted for a gold plan with a $437 monthly premium. Although her rate went up $37 a month, Ziegler saysthe plan has been working for her.

A few weeks ago she found herself in urgent care after she punctured her foot with a piece of coral. The wound was severe and Ziegler needed to get it surgically removed immediately. “They hooked me up with the world’s best foot surgeon,” she said.

Although being on crutches for a few weeks was a hassle, Ziegler says the experience was better than she anticipated. “It was all resolved the same day,” she said.

The best part for a busy entrepreneur like Ziegler was being able to manage her health care costs efficiently. “I was able to log in to my insurance account to see exactly how much it was going to cost me within a week,” she said.

“The cost … was surprisingly little considering the severity and speed needed to deal with it,” she said. “The total for my care isn’t final yet, but I expect it’ll be under $1,000.”

Leslie Ziegler’s health has been stable for the past year.

“I’ve been quite healthy,” she said. “No colitis episodes in some time.”

She’s satisfied with her coverage and intends to keep the same gold plan from Blue Shield next year, even though she hasn’t had much use for it lately.

“I only use my insurance to cover my prescriptions,” she said.