Illinois’ largest hospital system and biggest health insurer agreed in late 2010 to form an accountable care organization, a network in which the organizations would cooperate to boost quality and restrain cost increases, sharing in any savings. Chicago-based Advocate Health Care gambled that its portion would compensate for the lost revenue from the resulting empty beds. 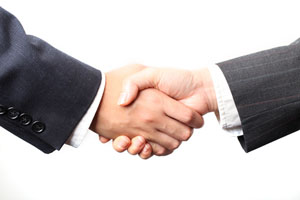 Now, with six months of operating data in hand, Advocate and partner Blue Cross Blue Shield of Illinois claim spending reductions that are greater than those for patients outside the network. The results thus far are inconclusive but are encouraging evidence, they suggest, that ACOs can help reduce doctor and hospital visits and the use of expensive procedures.

For the first six months of 2011, AdvocateCare’s hospital admissions per member fell 10.6 percent compared with 2010 results, and emergency room visits were down 5.4 percent, Elia said.

Due to the poor economy, patients across the country have delayed seeking care, causing an improvement in utilization trends. But AdvocateCare’s experience was better than BCBSIL’s overall results for the period, suggesting that something else was going on.

“The economy impacted some of this,” Elia said via email. “But since our medical cost trend was 6.1 percent below market, it shows our reductions were likely due to prevention of ambulatory-sensitive conditions through better care management, physician access and the like.”

Key to the results were the hiring of 60 “care managers,” many embedded in physician practices,  to manage high-risk cases and post-acute care, she said.

Also important are a relatively narrow provider network, anchored by Advocate’s 10 hospitals and about 4,000 physicians, and a payment system that incentivizes Advocate to contain costs but doesn’t put it at risk of catastrophic loss, said Dr. H. Scott Sarran, BCBSIL’s chief medical officer.

The 2010 health law provides for Medicare ACOs, known as shared savings programs. But private insurers such as BCBSIL are setting up ACOs on their own.

Six months of data do not guarantee success of the three-year experiment. “This is good but too early to draw conclustions,” Elia said. Still, she added, “we get calls weekly from people that want to understand what we’re doing and the value it’s creating and how we’re going about it.”