The Obama administration on Friday allotted $185 million to 13 states and the District of Columbia to help build new insurance exchanges and issued rules on how the new marketplaces will enroll individuals, provide subsidies to low- and middle-class Americans and interact with state Medicaid programs. 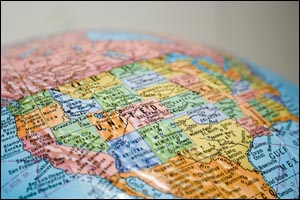 These grants, which will cover a variety of expenses including technology purchases, are the next big step to help states establish the exchanges, which will start in 2014 under the federal health overhaul approved in 2010. Last year, the Department of Health and Human Services awarded $1 million planning grants to 49 states and the District of Columbia, although some states gave the money back.

The exchanges have been touted by the administration as places where consumers and small employers will be able to shop more easily for insurance and get better deals than are now available to them.

A family of four with an income under 400 percent of the poverty level, or about $88,000, will be eligible for subsidies— tax credits—to buy coverage from health plans in the exchanges.  The Congressional Budget Office has estimated that about 20 million Americans will be eligible. The average subsidy will be $5,000 per year.

To speed the eligibility process, the rules call for exchanges to use existing government databases for programs such as Social Security and food stamps to help verify individuals’ incomes and residency status. Those that qualify for the Medicaid program for low-income people will be enrolled in it.

The goal is for people to apply online and learn in real time whether they qualify for subsidies or Medicaid, said Tricia Brooks, assistant research professor at the Georgetown University Health Policy Institute. While some states allow people to apply online for Medicaid or the Children’s Health Insurance Program, few today provide an immediate answer regarding eligibility.

Brooks said the regulations would have the exchanges follow the lead of states that allow children to remain on Medicaid for at least 12 months regardless of change in household income and that use computer systems to verify eligibility with no or minimal paperwork. “I give them an ‘A’ for keeping the consumer in mind and using state’s best practices,” she said.

The Obama administration plans to seek public comment on the rules in the next 75 days and solicit views at meetings in Atlanta, Chicago, Denver, New York, Portland, Ore., and Sacramento, Calif.

A list of states that received grants is available on healthcare.gov.  Additional information about the proposed rules is available:

HHS also published its letter to governors regarding the exchanges.

New Money And New Rules For The Exchanges