Millions of dollars and some of the best minds in health care have been devoted to measuring how good a hospital is. But two studies suggest users of two social media giants, Facebook and Yelp, may do a solid job of reflecting quality. 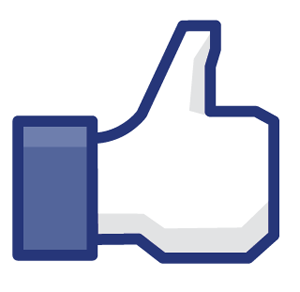 The findings are particularly important as more people are turning to the Internet to evaluate health care providers. Fourteen percent of Americans went online last year to consult rankings or reviews of hospitals or medical facilities, according to a survey by the Pew Research Center.

In a study published last month in the American Journal of Medical Quality, researchers compared the activity on the Facebook pages of 40 hospitals in the greater New York City metropolitan region with more traditional methods of measuring hospital quality, including mortality rates and  patient experience surveys  that hospitals conduct for Medicare.

After controlling for confounding influences, such as the size of a hospital and the length of time it had a Facebook page, the researchers found that hospitals with lots of “Likes” tended to have lower mortality rates and substantially better patient reviews. “This study’s findings suggest that the number of ‘Likes’ on a hospital’s Facebook page can be used as a proxy for patient satisfaction and an indicator of hospital quality,” wrote the researchers, who work at the Healthcare Innovation Technology Lab, a nonprofit research group in New York.

Another paper published last November in BJM Quality & Safety examined Yelp reviews of hospitals using a very similar methodology. Researchers from the University of California, San Francisco focused on 270 hospitals that had at least six reviews on Yelp, which is a popular site for people to post consumer opinions about restaurants and other businesses The authors compared the reviews with how they did on more traditional measurements of patient satisfaction surveys, mortality and readmissions.

The hospitals that did the best on Yelp, garnering four or five stars, tended to have better mortality and readmission outcomes. The relationship with patient surveys was even stronger, although not quite as close as it was in the Facebook study.  Dr. Naomi Bardach and her fellow UCSF researchers wrote that “the data suggest that the ratings posted on the commercial website may be capturing experiences similar to those driving the more systematically collected HCAHPS ratings.” (HCAHPS is the acronym for the patient experience surveys.)

Social media “allows people to share information much more readily” than they do in other parts of their lives, said Dr. Ashish Jha, a professor at the Harvard School of Public Health who has studied hospital quality extensively. “If you had a colonoscopy and it wasn’t a great experience, you very well might post it on Facebook, because Facebook lowers the threshold for sharing personal information. My sense is social media as a way to build or hurt hospital reputation is going to grow.”