The city of St. Louis hasn’t had a general dental school in nearly 25 years, and it shows. Too few dentists and lack of access have contributed to a measurable decline in dental health for many of the region’s residents.

Organizers of a $23 million dental clinic near Lafayette Square, which opens Monday, hope to reverse that trend. 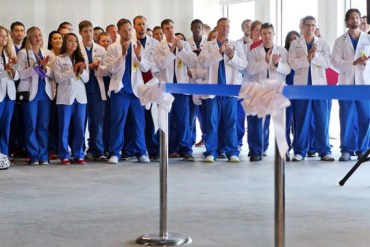 The culmination of a more than four-year partnership between Kirksville-based A.T. Still University and Affinia Healthcare, the facility at 1500 Park Avenue has 92 chairs and will host at least 60 dentists at any one time, once fully operational.

Under the partnership, A.T. Still University will supply third- and fourth-year dental students to practice in the clinic while Affinia Healthcare will perform the administrative functions. The clinic will cater to all types of patients, including the uninsured.

The last comprehensive dental school in the city, operated by Washington University, closed in 1991. St. Louis University closed its main dental school decades earlier but it does host specialty dental education, including orthodontics and periodontics. (SIU School of Dental Medicine currently bills itself as the only dental school within a 200-mile radius of St. Louis, but its clinics are in the Metro East communities of Alton and East St. Louis.)

The lack of dentists who train, and later work, in the state has caused Missouri to fall behind in several oral health indicators. Only 61 percent of adults in the state see a dentist at least once a year, according to statistics from the state health department. The national median is 67 percent.

Missouri also lags behind in other indicators. The state has higher instances of heart disease, strokes, arthritis and diabetes, which can be connected to poor oral health.

“We have a shortage of dentists in this state and oral health status is compromised in this state. So this is a very important endeavor,” said Alan Freeman, CEO of Affinia Healthcare, formerly known as Grace Hill Health Centers.

Freeman estimates that the clinic will serve 11,375 patients annually and will employ 85 staff at the 79,000-square-foot facility. Those patients without dental insurance will receive substantially discounted rates of up to 80 percent.

The university and Affinia Healthcare are counting on more patients’ being insured by the time the clinic hits full swing later this year. The state Legislature approved funding this year to allow about 250,000 low-income adults with Medicaid to receive dental services.

But that money won’t be available until this fall and it still could be restricted by Gov. Jay Nixon, who withheld funds for dental care last year.

University and public health officials say state funding of adult dental services through Medicaid could be pivotal for the success of the dental clinic and the entire education program.

The goal of A.T. Still University’s program is to train dentists in Missouri so they will stay and work after graduation. If Medicaid reimburses providers for dental care, they will have a larger pool of patients to serve.

In addition to working at the clinic during their final two years, students will also travel to rural health clinics across the state. There are 42 students in each graduating class.

“It offers us a good opportunity to retain these students in Missouri,” said Joseph Pierle, executive director of the Missouri Primary Care Association, which represents community health centers. “That is the ultimate goal.”

One of those students could be Daryl Grisby.

“I know of the need that is here, and I have a special connection to St. Louis, so it would be awesome to serve the community here,” he said.