For the first time, the government will make information about financial relationships between doctors, teaching hospitals and drug manufacturers publicly available. 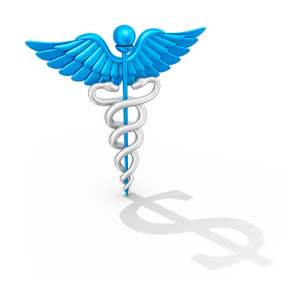 To comply with a provision in the Affordable Care Act, drug and device manufacturers, along with group purchasing organizations, will have to disclose all of their payments and other compensation to physicians and teaching hospitals. Those who don’t comply could be fined.

The information will be gathered beginning in August and disclosed by Sept. 30, 2014 on a new website of the Centers for Medicare & Medicaid Services. The site is part of the National Physician Payment Transparency Program, an effort to bring the financial relationships to light.

The possible conflict of interest that occurs when physicians receive gifts and incentives from drug companies has made news for the past few years. Dr. Charles Nemeroff, former Department of Psychiatry chairman at Emory University, earned $2.8 million by speaking and consulting for drug companies over seven years. An article in the Economist in March said drug companies spent more than $24 billion marketing to doctors in 2012.

There was also a surge of coverage after the nonprofit media organization ProPublica produced a database called Dollars for Docs in October 2010, where people could look up physicians and payments they received from drug companies. “They have a right to know this information and ask questions about it if they want to,” said Charles Ornstein, a reporter at ProPublica who was part of the project.

He said the service attracted more than 5 million page views, and sparked discussion among physicians, lawmakers and consumers. Ornstein attributed the popularity of Dollars for Docs to the ability of consumers to look up their own doctors.

But publicly reporting these financial relationships may not be a complete solution, said Donald Light, a fellow at Harvard University’s Edmond J. Safra Center for Ethics.

Light, who researches institutional corruption in the development of prescription drugs, said a website like the new CMS database wouldn’t put a stop to the problem. He said ending pharmaceutical and device payments to doctors altogether would be more effective, giving the example of Kaiser Permanente, which doesn’t allow the physicians it employs to receive free drug samples or gifts. (KHN is not affiliated with Kaiser Permanente.)

“If we agree that the goal of medicine is to help patients become healthier, then these payments corrupt our goal,” Light said.