The nosedive in health insurance prices that New York officials announced earlier this week was driven by many factors, but the most important was the individual mandate, a central component of Obamacare.

That’s because insurers are betting they can use that often reviled requirement that takes effect Jan. 1 to nag, nudge, push and prod 2.6 million uninsured New Yorkers, especially the young and healthy, to buy coverage.

What happens in New York won’t happen in the rest of the country. No one should expect premiums to drop by 50 percent anywhere else. New York is an anomaly. It’s big. It’s expensive. It’s a place where people use a lot of health care services, and there are a lot of insurers in the game. It’s also highly regulated. People who buy their own insurance can easily pay $20,000 a year for coverage; Cut that in half, and the prices are still exorbitant 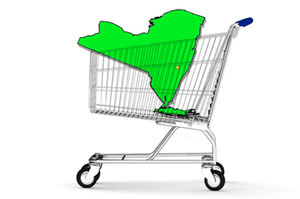 But the main thing that’s different about New York is that the state passed many of the health insurance reforms that are part of Obamacare (along with some that are not) many years ago, only without an individual mandate.

“New York is like the poster child for why you need an individual mandate,” said Sabrina Corlette, a research professor at Georgetown University’s Center on Health Insurance Reform. “They implemented all the reforms without the individual mandate, and premiums just went through the roof.”

Health insurers in New York were already barred from canceling someone’s policy because they get sick or make too many claims. They could not charge people different premium rates based on whether they have diabetes or breast cancer or AIDS, or because they are women and might become pregnant (they also cannot charge people in their 50s or 60s more than they charge 20-somethings, which is allowed under Obamacare). Coverage for pre-existing conditions can be restricted, but only under certain conditions and only for up to 12 months.

But while requiring insurers to sell to all comers, New York never required everyone in the state to buy health insurance, and that turned out to be a fatal flaw. As sick people with chronic conditions like AIDS and cancer who were buying policies on their own, without an employer group, flocked to the direct pay market, young and healthy people were deterred by the price. They fled.

The pool of payers shrank, and the proportion of sick people in the group grew. Costs increased, rates climbed, more young and healthy people dropped out, rates climbed some more, and a self-perpetuating cycle was created that some have called a death spiral.

“New York has been “a classic case of market failure,” said Paul Ginsburg, of the Center for Studying Health System Change, a Washington nonprofit. “It’s impossible to run an insurance market under those conditions.”

The case of New York, in other words, illustrates why the individual mandate is not just a cog in the wheel of a complex health care law, but rather, the axle around which the whole enterprise turns.

The same day that New York officials announced that eye-popping price of health coverage in the individual market in their state would drop, the Republican-controlled House of Representatives voted in a largely symbolic move to postpone the individual mandate.

Many Republicans have cast the mandate as an overreach of government authority. They said this week that if the administration is giving employers an additional year to meet their mandate, they can do the same for individual consumers.

But the mandate for employers plays a far less important role than the individual  requirement, according to a new Urban Institute report.

Most firms with 50 employees or more already offer coverage, said Linda Blumberg, an author and senior fellow in health policy.

The individual mandate, on the other hand, “is very much a central component of the law,” she said. “I don’t think the insurance industry would ever have accepted all of the consumer protections in the law without an individual mandate in place.” Numerous studies by the nonpartisan Congressional Budget Office, the RAND Corp., The Lewin Group, as well as the Urban Institute – have found that severing the mandate from the Affordable Care Act would increase the number of uninsured and the cost of health premiums as well.

But some worry that simply requiring people to buy insurance in the absence of a significant penalty may not be a sufficient prod. The fine is $95 next year, or 1 percent of income, whichever is greater, and increases to $695 in 2016, or 2.5 percent of income.

Health care is expensive, and even with government subsidies available through the exchanges, some may do the calculation and decide they’re better off paying the penalty.

Others, especially low-income and moderate earners, will have to dig deep in their pockets, which could prove painful, if not impossible, Corlette said.

“There is going to be sticker shock,” she said. “Many people are going to find it unaffordable given their budget. This is the real challenge.”