The game of football isn’t played without its share of injuries.

Look at just one of yesterday’s marquee games: The contest between the Baltimore Ravens and the Pittsburgh Steelers resulted in Ravens’ tight end Dennis Pitta and the Steelers’ running back Isaac Redman receiving concussions. A Steelers’ defensive lineman, Ziggy Hood, also left the game with a back injury. 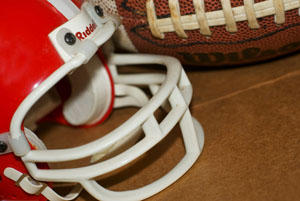 Given the increased interest in providing better care for players, including more emphasis on concussions, National Football League officials announced Monday a new way to track and treat injuries.

The NFL said it is implementing an electronic health records system that will eventually be adopted by all 32 teams. The system, which will be phased in over two seasons, will take the place of paper medical records and will be completely transportable, from hand-held devices to hospitals, tracking a player’s injury and medical history, and even providing medical personnel video footage of player injuries. That will make is easier for doctors to have access to a player’s complete record, especially if they are injured while playing on the road.

Players will also be able to provide their records to their personal physicians.

Next season eight teams (the New England Patriots, New York Jets and Giants, Baltimore Ravens, Pittsburgh Steelers, Houston Texans, San Francisco 49ers and Denver Broncos) will keep their player’s health information electronically. By 2014 the entire league will transition to electronic health records. The NFL estimates that its 10-year contract with eClinicalWorks, based in Westborough, Mass., will cost anywhere between $7 million to $10 million.

“We’ve always embraced technology,”  Brian McCarthy, the NFL’s vice president of communications said. “We see this as a great opportunity for medical personnel: providing them even more tools to do their work in real time.”

Records will be able to move with a player, should they be traded to another team, and are touch and speech-capable. Girish Kumar Navani, the CEO and co-founder of eClinicalWorks, says the implementation of EMRs creates a much more fluid system of care coordination.

“We are making the scope of this medical data digital. Which means the pharmacy will be connected electronically, as well as the labs and the diagnostic medical imaging centers.” All this, Navani says, will be shareable with the team as well as other medical staff.

Incorporating video streaming is a new feature for eClinicWorks, and Navani says that it will allow doctors will be able to see what exactly caused a player’s injury. Currently the NFL has an injury reporting system in which data is entered manually, but Navani says that the new EMRs will sync with the current technology of the league, including a web-based application about concussion injuries.