The National Children’s Study has been cancelled despite almost 10 years of work and $1.3 billion of funding after a National Institutes of Health working group concluded that the project was flawed and too expensive to continue.

Researchers and children’s health advocates now fear that while funding for smaller projects will continue in 2015 with an already appropriated $165 million, NIH may use that money for research not related to children’s health. 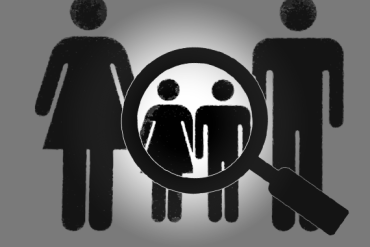 The ambitious study, commissioned through the passage of the Children’s Health Act in 2000, set out to follow 100,000 children from birth to age 21 and track the effects of a broad range of environmental and biological factors on their health. However, concerns about the study’s design, research methodology and management that led to increased cost projections and triggered questions, most recently detailed in a June 16 report by the National Academy of Sciences, about whether the study should proceed. An NIH working group was charged with evaluating these issues.

“Based on the working group’s findings and internal deliberation, I am accepting … findings that the NCS is not feasible,” said NIH Director Francis Collins in the Dec. 12 announcement of the program’s dismantlement. “I am disappointed that this study failed to achieve its goals. Yet I am optimistic that other approaches will provide answers to these important research questions.”

An NIH spokesperson said that the agency will use the experiences from the National Children’s Study, including best practices on data collection and recruitment, to examine the links between environmental factors and child health and development in the smaller studies to be started in 2015.

“NIH will work with Congress to address any questions that they may have about the NCS. It’s important to note that the Vanguard study [the pilot study that was the precursor to the NCS] did provide insights on best practices and strategies for conducting studies of this size and complexity,” the spokesperson said.

Dean Baker, director at the Center for Occupational and Environmental Health at the University of California Irvine, was disappointed with the decision. He is concerned because NIH could use the $165 million for other research while still asserting that the agency has been doing what is required by the Children’s Health Act.

“I hope there’s something that could be used as the successor to National Children’s Study, otherwise the funding will evaporate in following years,” said Baker, who was involved in the initial study design and Vanguard Study.

NIH has 90 days to submit new research plans to Congress.

Nigel Paneth, a professor of epidemiology and pediatrics at the University of Michigan, was involved with designing the study from its inception in 2000. Although he views the cancellation as the right decision, he doesn’t agree with the way NIH dismantled the work at the original 40 sites and doesn’t think the communications via email and letters with participants are being handled correctly. Researchers put a large effort into engaging communities and getting buy-in from participants.

“They [NIH] had no concept that they were real people out there,” he said. As the research was being slowed down and the number of sites was constricting, researchers were expected to turn over individuals’ information to other researchers without consulting participants. “It was mismanaged, from the conceptual idea to actualization in the field,” he said.